Home Economy The Mississippi runs dry, forcing a ship to intercept its course 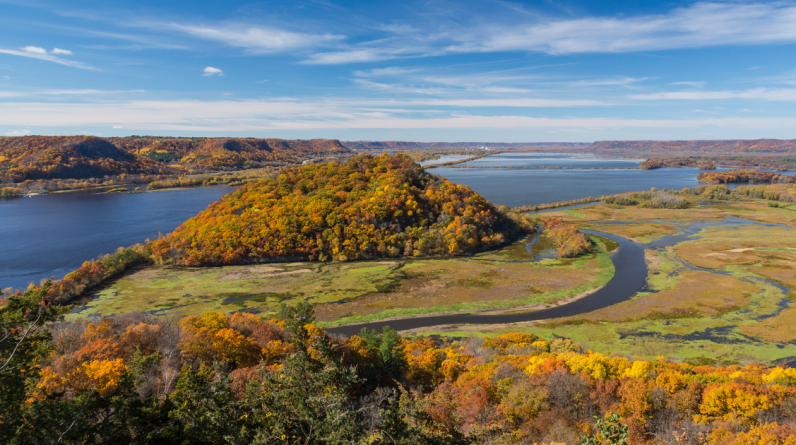 In a press release, the company announced that it would not be able to continue one of its voyages due to unusually low river levels.

During the summer these scenes increased manifold. In France, the nearly empty Loire bore the scars of an unprecedented drought. In China, the Yangtze River, one of the country’s main water reservoirs, is also showing cracks in many places. Now it’s the iconic Mississippi’s turn to cross much of America to bear the brunt of global warming. One river cruise company, Viking, is now sounding the alarm A press release on its website on Wednesday, at the lowest level of the river. A direct consequence for the company: it could not continue one of its voyages north of the Mississippi.

“Unusually low water levels in the Mississippi have closed parts of the river, affecting all northbound and southbound marine traffic”, Viking explains. As the company reveals, the US Army Corps of Engineers, who specialize in civil engineering and military logistics, are currently working to deepen certain sections of the ship channel. Major infrastructure works blocking one of the company’s ships from reaching Saint-Paul, Minnesota. So the latter could not confirm his next trip either, whose departure was scheduled for October 15 and which connected Saint-Paul with New Orleans.

The shipping company was not the only victim of the Mississippi’s drying up. As specified CNN, several boats have run aground in the past week due to low levels in the American River. A big problem is that part of the surrounding areas are in harvest season. on his site, the National Integrated Drought Information System, which records drought levels in the country, has issued a warning signal. As of October 4, 2022, 44.04% of the United States was in a drought condition. “Extraordinary drought” was noted, especially around the Great Plains and Mississippi Basin. The phenomenon has already reached other US territories such as the Midwest.

And the situation doesn’t look like it will improve any time soon. According to the latest weather forecast, major cities bordering Mississippi will not see rain anytime soon. The current event is just the sad outcome of what the country endured during the summer. Like France, the United States has also experienced severe wildfires in northern California. They also threatened Yosemite National Park. Recently, Hurricane Ian devastated parts of Florida, North Carolina and South Carolina.