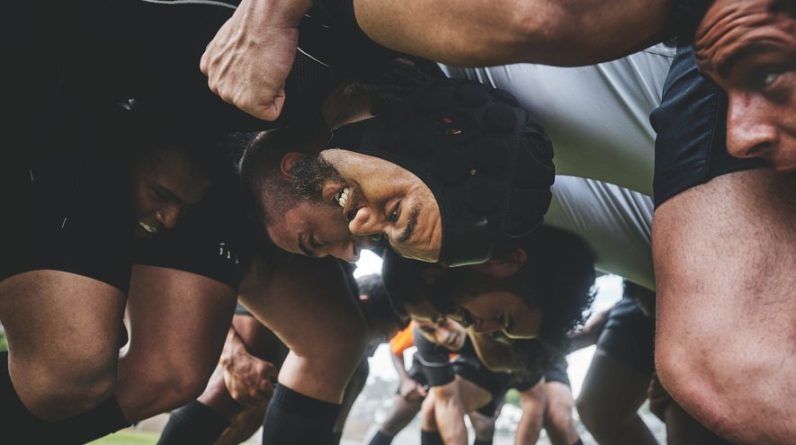 To conduct this study, published In Journal of Neurosurgery & PsychiatryGlasgow University Team It followed the health of 412 former Scotland rugby internationals aged 30 or over at the end of 2020 for 32 years. They compared their results with a group of 1,200 people.

During this period, 121 rugby players and 381 in the control group died, a mortality rate of almost 30%. LExperts note that ex-rugby players have a better life expectancy, with an average of 79 years and 76 years in the general population.

On the other hand, the risk of being diagnosed with a neurodegenerative disease was twice as high among oval ball players (11.5%, compared to 5.5% for the control group). The risk of being diagnosed with dementia is twice as high in rugby players, while the risk of Parkinson’s disease is three times higher. The risk of motor neurone disease is fifteen times higher. The latter is characterized by progressive loss of motor neurons. This makes motor skills difficult and can lead to progressive paralysis.

It doesn’t matter what the position is

The experts also note that “on-field position (front or back) in former rugby players had no effect on the risk of neurodegenerative disease.”

“The NFL contradicts the data [National Football League] and soccer, our rugby player pool is comprised mostly of amateur athletes, although an elite competes internationally. In this regard, it is the first demonstration that the increased risk of neurodegenerative disease is not a phenomenon exclusive to professional athletes. In a press release.

While measures are already being taken by rugby officials to reduce risk during matches, the researchers believe that “measures to reduce training exposures may also be considered a priority”. Additionally, experts anticipate the development of veterans-targeted interventions and clinics specializing in brain health.