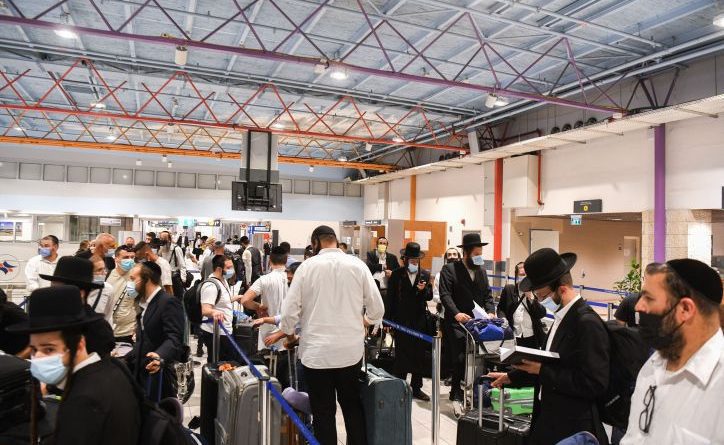 German flag carrier Lufthansa has teamed up with a major American Jewish advocacy group to tackle global anti-Semitism four months after its agents barred dozens of Jews from boarding flights, sparking a scandal.

Under the terms of the partnership announced last week, American Jewish Group employees will train Lufthansa Group employees to recognize and respond to anti-Semitism. The airline joins dozens of countries, states and corporations that have adopted a specific definition of anti-Semitism to guide their own actions.

It was Lufthansa’s latest pledge after sparking controversy in May when a hundred Orthodox Jewish passengers traveling from New York to Budapest were barred from boarding a connecting flight.

The airline staff said the decision was taken because some of them were not wearing masks and were gathering in the aisles between seats, which was against airline regulations.

However, anti-Semitic watchdog groups, including the AJC, which has an office in Berlin, have sharply criticized the airline for the collective punishment of Jewish passengers, many of whom do not appear to have engaged in such reprehensible behavior.

Shortly after the incident, Lufthansa CEO Jens Ritter told a conference of leaders of major American Jewish organizations that Lufthansa had established an internal task force to investigate the matter.

The company, which had previously apologized to affected passengers, said its staff’s decision to ban all Jewish passengers from boarding, not just violators, was “completely inappropriate”.

In July, Jens Ritter announced that the company would appoint a chief to “prevent discrimination and anti-Semitism”. Lufthansa has endorsed the International Holocaust Remembrance Alliance’s definition of anti-Semitism, known as the IHRA, which has been adopted by the US State Department, the German Bundestag and several governments as the official criteria for what constitutes anti-Semitism.

Holly Huffnagle, Americas director of anti-Semitism at the AJC, said in a joint statement that she is grateful for Lufthansa’s commitment to combating all forms of prejudice in the workplace. “With global anti-Semitism on the rise, the private sector has a growing role to play,” he said.

This week’s announcement follows meetings in Washington between Lufthansa board member Christina Forster and high-profile figures including Deborah Lipstadt, the US special envoy for monitoring and combating anti-Semitism, Felix Klein, the German commissioner for Jewish life and the fight against anti-Semitism, Emilie Haber. German Ambassador to the United States and Michael Herzog, Israeli Ambassador to the United States.