Home Economy Their aircraft, a C-130 Hercules, was refurbished at Gironde 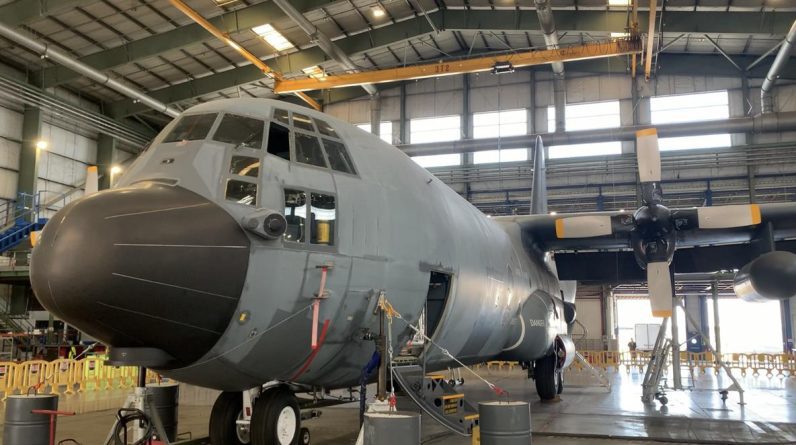 However, if these four-engine aircraft are in the Gironde, it will be precisely for a very special operation: a complete renewal of their avionics. In other words: their entire navigation system. A building site…

However, if these four-engine aircraft are in the Gironde, it will be precisely for a very special operation: a complete renewal of their avionics. In other words: their entire navigation system. A program about twelve of the fleet’s fourteen aircraft are intended to transport troops and deliver equipment in hostile zones. In the maneuver, the American company Collins Aerospace has partnered with Sabena Technics and Lockheed Martin, an American manufacturer. And a big challenge: replacing the era of these planes bought in the late 80s – but designed in the 50s – most of which have more than 150,000 flight hours.

Schematically, it is a question of replacing all dashboards filled with dark screens and all controls, with dashboards that meet today’s standards. In other words, bring the C-130H into the digital age. Also among the new features installed is the integration of a “heads up” piloting system with a transparent screen on which data is displayed so that pilots do not lose sight of their objective.

Upon arrival, it was a huge maneuver, which Collins Aerospace’s general manager of avionics, Évelyne Audisio, explained: “The renovation of the first flight required 50 km of cable, the mobilization of a thousand employees, the creation or correction of 120,000 lines of code, 2,500 mechanical or electrical parts and a hundred hours of test flight. »

However, the project doesn’t just stop at the cockpit. Reconstruction also included military elements. Installation of optronic ball – camera – under the nose of the aircraft and modernization of the self-defense system. “Because these devices have to go to exposed areas, they are protected by fire detection and radar lighting systems that allow them to trigger infrared or electromagnetic distortions”, underlines Commander Dorian, program officer for tactical transport aircraft of the Air Force. Additionally, the shield has also been redone. The specifications displayed are clear: carry out tasks in all weathers, day and night. Also at night, pilots can land using night vision binoculars. Thanks to this capital update, these devices should have a 10-year lifespan.

If the first C-130 H, codenamed “Papa Juliet,” receives its navigation certification from the General Ordnance Directorate these days, Special Forces will have to wait a few more months for takeoff. Tests to train pilots on these new controls are still to be carried out. Operational decommissioning is planned for 2024.