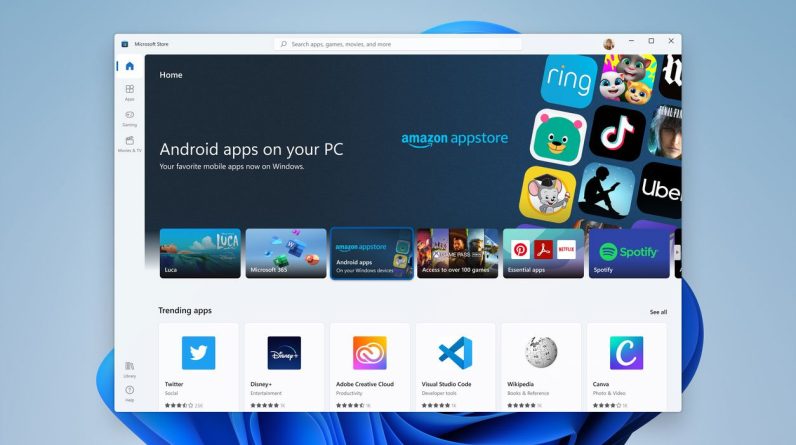 A year after the launch of Windows 11, Android apps and the Amazon App Store finally arrive in France. A new app opens for Windows tablets.

For a year now, French users Windows 11 Microsoft may not be happy with the number of apps available in the Store, especially if their Windows PC offers tablet use with a touch screen. In the United States and some parts of the world, Microsoft offers users to install touch-optimized Android apps directly through it. shop.

After a long wait, it all finally arrives in France.

Android apps, but without Google

This availability of Android apps on Windows 11 comes at the same time Release of Windows 11 2022Major system upgrade.

According to Microsoft, 900 million unique users used the Microsoft Store in the last 12 months, representing 122% year-over-year growth. This growth is strongly driven by developers adding new apps or games to the store. In the coming weeks, Microsoft will add support for the Amazon App Store in France, but also Spain, Australia, Canada, Italy, Japan and more, for a total of 31 countries.

So these territories have access to over 20,000 Android apps and games available on the Amazon App Store. So they are apps developed without Google Play Services. US company Microsoft has not signed on to provide full support to the company Google Play Store Microsoft finds itself in the same situation as Huawei, which lost Google services in Windows 11’s Microsoft Store, but can still offer Android apps in a broader sense.

See also  An update is coming, but not what we expected

The ignition delay in France will allow users to benefit from the start of improvements Microsoft has made over the past year for Americans. Microsoft claims to double or even triple graphics performance, especially in games.