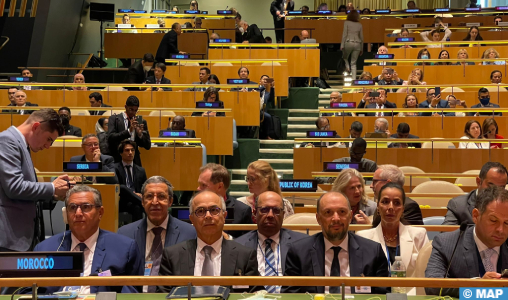 The work of the high-level meeting of the summit on the transformation of education opened on Monday at the headquarters of the United Nations in New York, with the participation of Morocco, represented by the head of government, Aziz Akannouch.

Initiated by the General Secretary UNThe summit is being held on the sidelines of the 77th session of the United Nations General Assembly (September 13-27), during which Mr. Aghnouch heads the Moroccan delegation on high instructions from His Majesty King Mohammed VI.

Minister of National Education, Preschool and Sports Saqib Benmousa will also participate in the summit.

read more: HM the Delegation of Morocco to the 77th UN General Assembly At the king’s high command, Agannuch presides.

The Education Summit, according to the UN, is an opportunity to mobilize ambition, action, solidarity and solutions, rethink future-proof education systems and create new impetus for the Sustainable Development Goals (SDG). 4-quality education) and the 2030 Agenda as a whole.

During a press conference on Saturday with the UN Special Envoy for Global Education, Gordon Brown, the UN SG Antonio Guterres, two-thirds of countries have cut their education budgets since the start of the Covid-19 pandemic. , prosperous and sustainable societies.

In this context, he called on donors to invest in a new mechanism to finance education in developing countries.