Home World Ittihadi MP, Moulay El Mehdi Fatimi, challenges the head of government on the consistency and nature of the UNDP evaluation system. 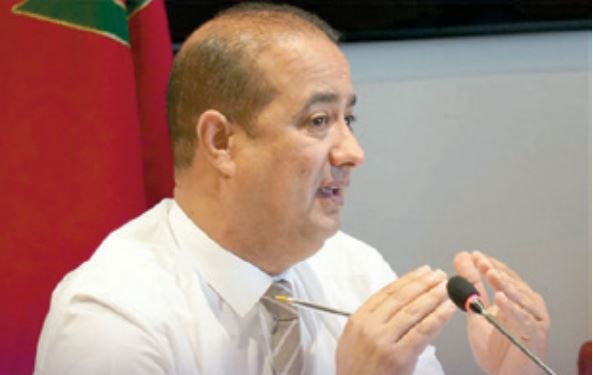 Deputy Moulay El Mehdi Fatimi, a member of the Socialist Committee of the House of Representatives, raised an oral question to the Head of Government on behalf of the aforementioned parliamentary committee, questioning Morocco’s ranking in terms of human development.

In his question, MP Ittihadhi highlighted Morocco’s decline from 122nd in 2020 to 123rd in 2021 on the Human Development Index, out of a total of 191 countries worldwide. Behind the question, Iraq, Lebanon, Palestine, Libya, Jordan, Egypt, Algeria, Ukraine, Iran and Qatar, some of which are experiencing particularly critical situations and situations.

Member of Parliament, Member of the Socialist Group Since the 1990s of the last century, the UN agency UNDP has been publishing annual reports indicating the Human Development Index of the entire countries of the planet. Basically depends
Classification and evaluation based on three essential criteria and additional data related mainly to the projected average age (life expectancy), education and demographic status, and of course, purchasing power.

Moulay El Mehdi Fatimi about this, the decline recorded in the said ranking can be explained by the inability of the state to improve the quality and generalization of education and the obvious drop in per capita income. Report of the Moroccan Citizen The publication of this year’s report is surprising and surprising to our country.
A development far less significant than that provided by Morocco. For this purpose,
He observes that it is our duty to pay more attention to the statistical data presented by this international organization.

To this end, referring to this important observation, Deputy Ittihadi, on behalf of the Socialist Group in the House of Representatives, questioned the Head of Government about the degree of veracity and nature of the statistical system. Preparation of those reports considering key initiatives
Used by Morocco in all directions, especially in the health and education sectors, priority sectors based on merit, and ranking of human development.