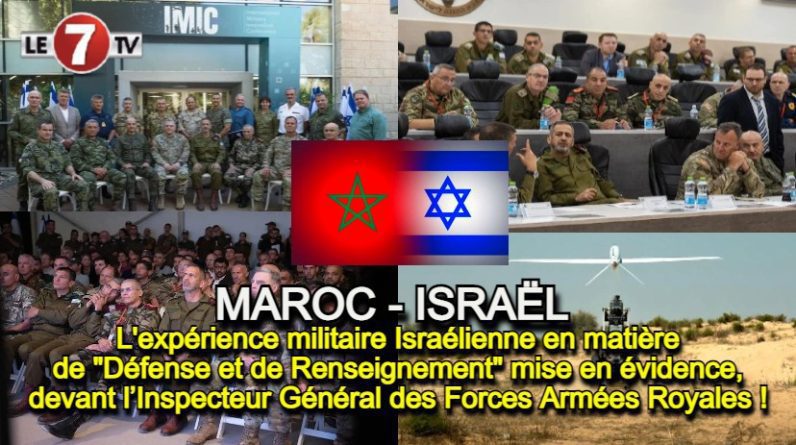 Benny Gantz, who visited Morocco in November 2021, during his talks with General Belkir, said, “ There has been significant progress in our defense relations, including the signing of a Memorandum of Understanding on Defense »

Thus, during the International Conference on Military Renewal and Modernization, Belkir El Farooq was briefed on a presentation covering Israeli artillery’s management of future warfare, its military force structure, and modern warfare methods. The conference, in which Belkir El Farooq will participate for the first time, is an opportunity to strengthen joint and military cooperation between regional and global nations.

It is noteworthy that around 3,000 defense military commanders besides 7 army chiefs, 24 military missions and 200 high-level international military leaders attended the event.

Belgir El Farooq, on the other hand, was briefed on combat capabilities and positions to manage field warfare through multi-dimensional fire maneuvers embracing the innovation and modernization that modernity requires on the battlefield.

This Army Week in Israel included many challenges and innovations on how to physically and intellectually rehabilitate fighters and advanced techniques to help a commander in the field. Various industries have showcased new advanced warfare methods to help the armed forces like robots and other recent innovations.

The Inspector General of State Armed Forces was also informed about the means of deliveryIntelligence information And features related to multi-dimensional defense by adopting multi-dimensional strikes and tactical attacks. He was also briefed on multi-level maneuvering which reduces the combat mechanism on the modern battlefield.

See also  Ittihadi MP, Moulay El Mehdi Fatimi, challenges the head of government on the consistency and nature of the UNDP evaluation system.