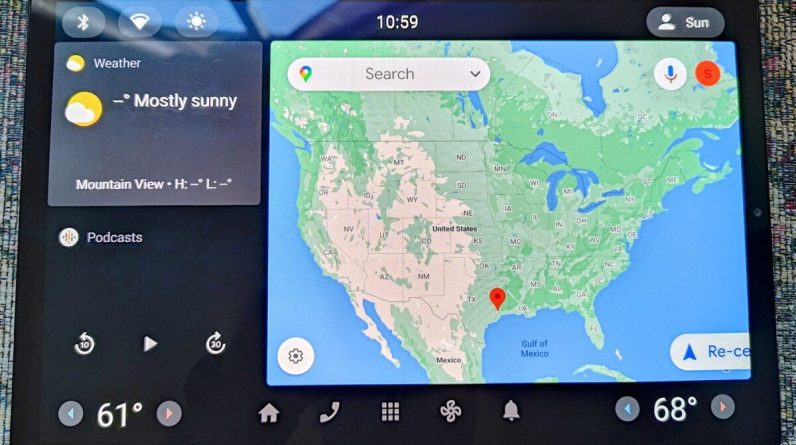 If you don’t have the latest infotainment system or Android Auto / Apple CarPlay support, there are always custom solutions. Here’s a promising project: installing Android Automotive on an old Android tablet.

The evolution of infotainment systems is making many older cars obsolete. If you have a vehicle without Android Auto or Apple CarPlay support and no touchscreen, it’s worth considering custom integrations.

with Android Auto’s latest change, it is interesting to think about an alternative. Here is a project that might interest you. Idea: Use an old tablet or old Android smartphone as an infotainment screen.

According to Mishal Rahman, everything is working as expected. There are some instabilities including Google Maps crashing. Also, Android Auto seems to only work in wired mode at the moment.

See also  Not gold for the next 30 years! I hold this being

His project could certainly go further by connecting directly to the car via the OBD socket, for example. This OBD socket, usually located under the driver’s steering wheel, is used to diagnose your car. It is also useful for some anti-theft devices. Above all, it makes it possible to retrieve accurate data that appears on the dashboard, including for example the speed of the car.

However, this is not necessarily what was initially intended, using the OBD socket can lead to risks of interference and therefore malfunctions of the on-board computer (BSI). At worst, this can lead to voiding the car warranty.

In short, this project to reuse an old Android tablet is interesting as part of a complete infotainment system. We can imagine a GPS solution, Waze Where Google Maps, plus on-board music control (via Bluetooth or jack), internet access, Google Assistant and more. This does not prevent it from being a customized solution, which is not within everyone’s reach.