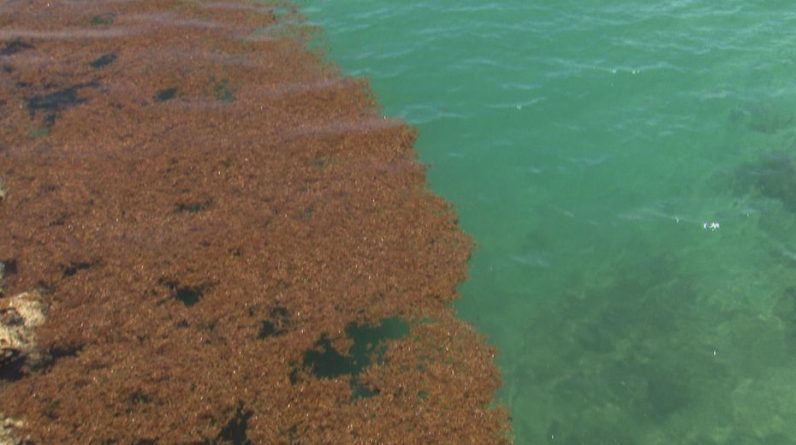 Two recent scientific publications have contributed to the knowledge of this phenomenon: the first concerns the important role played by the Amazon River in the proliferation of algae. Second, it attempts to describe the specialized variation in arsenic concentrations during migration of algae.

The weight of man’s hand in the phenomenon of brown algae overgrowth is not really discussed, but the real cause and how it can be mitigated remains to be determined.

Both of these publications contribute to this challenge.

First, Brazilian researchers from the University of Pará in BELEM have made public the first results of studies on the alleged contribution of the Amazon River to this phenomenon. After 8 oceanographic campaigns, they established that nitrogen concentrations recorded at the surface of the water column of the Amazonian continental shelf have not been this high for 10 years.

Scientists believe that anthropogenic factors such as agriculture, deforestation, animal husbandry or malfunctions in the treatment of domestic and industrial urban wastewater are unsurprisingly responsible for the phenomenon.

Brown algae’s critical ability to accumulate nutrients and chemical elements is at the heart of a second publication by researchers from the University of Brest. They set out to compare arsenic concentrations in pelagic algae sampled from the Sargassum Sea or the North Equatorial Current and on our beaches. Samples were taken in Guadeloupe and Martinique.

See also  Is there life on Venus? If the discovery of phosphine is here

They conclude that these arsenic concentrations are 4 times higher in the open ocean.

These rates decrease when Sargassum touches our land. On the other hand, since nature abhors a vacuum, it is actually an exchange. Algae take heavy metals from our emissions: aluminum, iron, chromium, cobalt or manganese.

It wasn’t mentioned in the study but chlordecone is also captured by algae.