Home World Mars would have been glaciated on a large scale 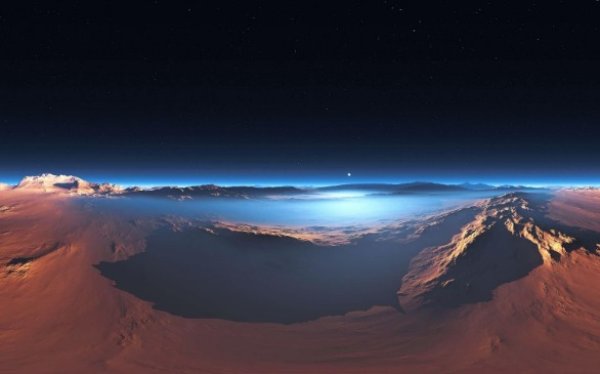 A recent study suggests that large glaciers must have formed on the surface of Mars and that liquid water gradually disappeared in its past, changing the climate of the Red Planet, which has abundant evidence of water on its surface dating back billions of years. .

Led by Anna Grau Galofre, from the Laboratory of Planetary and Geosciences (CNRS / University of Nantes / University of Le Mans / University of Angers), a new study published in the Special Journal shows that ice sheets on Mars may have moved and eroded. Very slow rates, even when water is trapped beneath the ice.

To reach this conclusion, the professor and his co-authors describe the dynamics of water drainage and ice movement under Earth’s ice sheets adapted to conditions on Mars.

Given the dynamics of two equivalent ice sheets on Earth and Mars, with the same thickness, the same temperature, and the same availability of sub-glacial water, to determine whether sub-glacial drainage would lead to useful or ineffective structures on Earth. and Mars, and what effect this will have on the rate of ice drift and glacier erosion. Thus, on Mars, glaciers do not form sub-glacial formations, although they are present and their extension has been significant.

This work, which enabled interpretation of the glacial-geological record on Mars, will help improve understanding of the ancient Martian glaciers that covered the southern rim a billion years ago.