Home Science NASA is considering September 23 or 27 to send its Mega rocket to the moon. 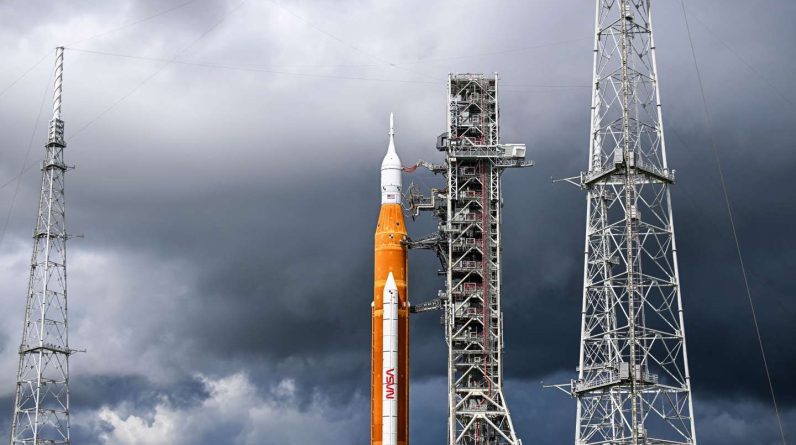 After Two attempts failed Due to technical problems, NASA It announced on Thursday, September 8 that it could attempt to launch its new mega rocket to the moon on September 23 or 27.

The long-awaited flight of the Artemis-1 mission, without a crew on board, was supposed to test the SLS rocket (for the Space Launch System) and the Orion capsule at its summit in real conditions, where astronauts will walk in the future.

However, the dates considered by the space agency depend on a special waiver NASA must obtain to avoid recharging the batteries in the rocket’s emergency kill system.

If the agency doesn’t get this waiver, the rocket would have to return to the Assembly building, which would push the schedule back by several weeks. The launch is highly symbolic, as it is supposed to embody the future of NASA, particularly in the face of China’s or SpaceX’s ambitions.

Read the decryption: Mission Artemis: Men on the Moon, at the heart of conspiracy theories for fifty years
See also  This little box made a big record

NASA’s scheduled rocket liftoff from the Kennedy Space Center in Florida was canceled at last minute on Saturday for the second time in a week, pushing back the actual launch of the US back-to-the-moon project, Artemis.

During the rocket tank filling operation, a fuel leak was detected early in the morning. NASA official Mike Bolger said at a press conference that the agency is working to replace the seals to fix the super-cold liquid hydrogen leak. The orange and white SLS rocket, which has yet to fly, has been in development for more than a decade to become the world’s most powerful.

read more: The article is reserved for our subscribers “The Moon is the place to get the skills to get to Mars tomorrow and beyond”

Fifty years after the last Apollo mission, the Orion capsule on top of the Artemis-1 rocket can be verified as safe to carry astronauts to the moon in the future. For this first mission, Orion will travel 64,000 kilometers behind the Moon, the furthest that any living spacecraft has ever seen.

The main objective was to test the largest heat shield ever built. When it returns to Earth’s atmosphere, it will endure a speed of 40,000 km/h and a temperature half as high as the Sun’s surface.