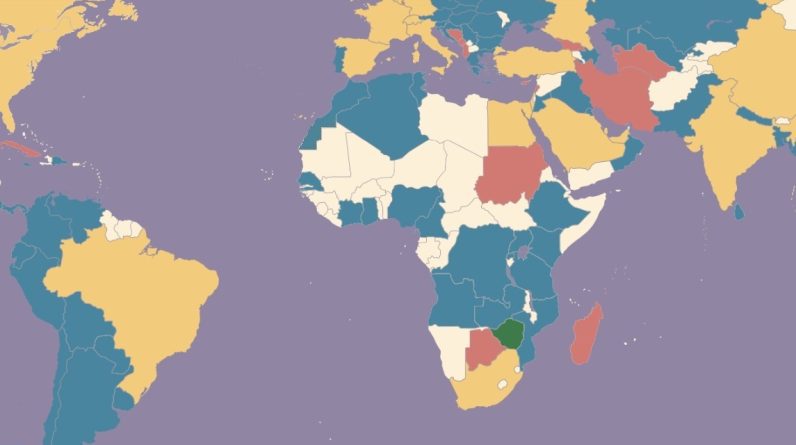 #Morocco : British company Brand Finance has released the 2022 edition of its annual ranking of the world’s most influential countries. Out of 120 countries, 24 Africans are in this ranking. Here are the top 10 most influential African countries in the Global Soft Power Index 2022.

Brand Finance, the world’s leading brand valuation consultancy, has released its annual ranking of the world’s most influential countries. for that Global Soft Power Index 2022The British Cabinet selected 120 countries, including 24 from the African continent.

From the beginning, the Institute defined the concept of soft power as “the ability of a nation to influence the preferences and behavior of various actors in the international arena (states, institutions, local authorities, etc.) by influencing or persuading them. Persuasion”.

>>> Read More: Forbes Africa: Here are this year’s 30 most influential Africans under 30

To measure this influence, the organization establishes its ranking based on 7 factors that contribute to establishing a country’s influence on the international scene. These criteria are: “Business and Trade”, “Governance”, “International Relations”, “Culture and Heritage”, “Media and Communication”, “Education and Science”, “People and Values”. Each criterion is assigned a score.

Performance on each criterion helps governments’ policy efforts. Some countries use soft power as a tool of their foreign and trade policy. This is the situation in China.

Based on these criteria and data collected in the fall of 2021 and the opinions of experts from 101 countries, the United States occupies the ranking of the most influential countries in the world with a score of 70. 7. England (64.9 points), Germany (64.6 points), China (64.2 points) and Japan (63.5 points).

>>> Read More: 100 Most Influential Africans of 2017: Three Moroccans, one Algerian, one Tunisian…

Several African countries have joined the Global Soft Power Index this year, bringing the continent’s representation to 24. These include Mauritius, Rwanda, Seychelles, Madagascar, Botswana and Sudan.

And in the top 10 most influential African countries, Egypt tops the list with a score of 41.6 points/100. The country of the pharaohs rose 3 places to 31st globally.

It has moved up to 34th place globally with 40.2 points, 3 places ahead of South Africa.

South Africa improved its ranking due to the performance achieved at the level of “Media & Communication”, “Education and Science” and “Business and Trade” criteria. On this last criterion, the Rainbow Country has strong potential for future growth. However, the “personality” scale negatively affected the country’s score due to skepticism surrounding political stability, corruption, safety and security.

>>> Read More: Ranking 2017: The Complete List of the 100 Most Influential Youth in Africa

Morocco gained 2 places to become the 3rd most influential country in Africa and 46th globally with 34.9 points. The Kingdom improved its score especially due to the significant evolution of the “International Relations” criterion, where it advanced 13 places, consecrating the success of Moroccan diplomacy in 2022. It got good performance based on “media” criteria. and Communication” and “Science and Education”.

Top 10 Most Influential Countries in Africa in 2022