Home World At COP27, Egypt wants to be the voice of Africa 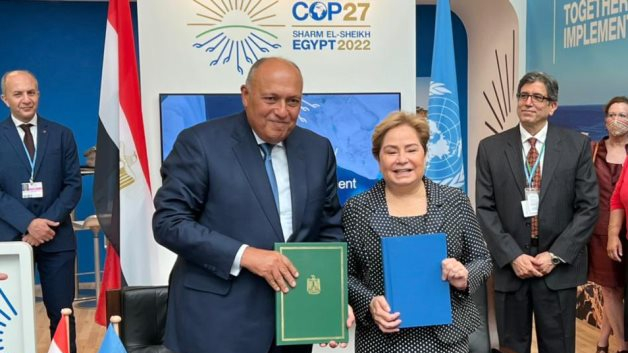 #In other countries : Next UN Egypt, which hosts the World Climate Conference, will make Africa’s voice heard there and call for compliance with the Paris Agreement, the environment minister said, adding that the continent is experiencing the worst effects of climate change.

In an interview with AFP on Wednesday, Yasmine Fouad said her country would “clearly and openly represent the African continent and its needs” at COP27, scheduled for November in the Red Sea resort town of Sharm el-Sheikh.

“We are not the source of (greenhouse gas) emissions, but we – our population and our natural resources – are the most affected”, Ms Fouad declared on the sidelines of a meeting with representatives of 24 African countries. In Egypt.

While Africa will suffer most of the effects of climate change, including droughts and floods, the continent emits less than 4% of global CO2 emissions, former UN Secretary-General Ban Ki-moon said at a summit in the Netherlands this week aimed at supporting Africa in tackling climate change.

Macky Sall, current head of the African Union (AU) and president of Senegal, noted in Rotterdam “the absence of leaders of industrialized countries with bitterness”.

>>> Read More: Libreville: A week of climate to prepare for COP27

“The international community must take a firm stand and commit to ensuring that everyone fulfills their obligations as provided for in the Paris Agreement,” Fouad said.

In 2015, 196 UN member states agreed in Paris to limit global warming to less than +2°C by 2100, and preferably +1.5°C compared to pre-industrial temperatures, but skyrocketing carbon emissions hamper this. goals.

The Paris Agreement reaffirmed that developed countries should provide financial assistance to less well-off and vulnerable countries, and already in Copenhagen in 2009, these countries pledged to increase 100 billion dollars per year by 2020 to combat the impacts of climate change.

Failure to fulfill this promise will undoubtedly be one of the most contentious issues of this COP.

Ms. According to Fouad, until recently environmental concerns were considered “an obstacle to investment” in Egypt and a “luxury” the country of 103 million people could not afford.

As elsewhere, calls for support in the fight against climate change will echo in the void for too long, until the world realizes that climate change is a matter of “human survival on Earth,” he said.

According to the minister, to ensure funding for efforts to combat climate change, it is necessary to focus on “basic human needs: food, water and energy”.

These projects will help developing countries meet their basic development needs and tackle climate change, the two goals are really “the same goal,” he said.