Home Science Observed in the crater, this fish with its transparent skull intrigues researchers 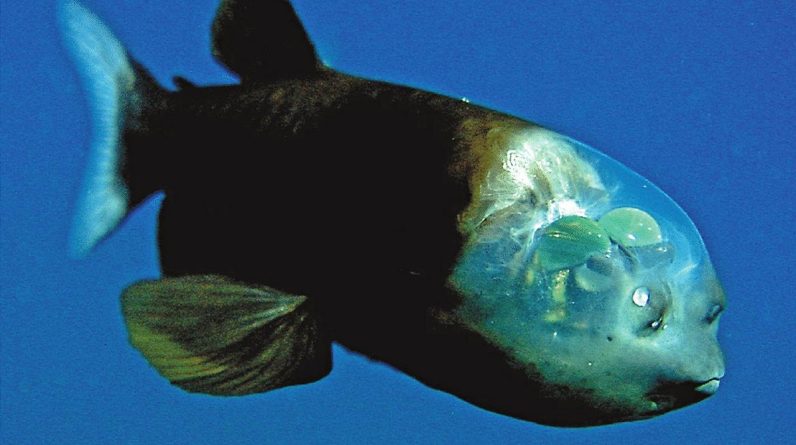 “It lives in the twilight zone of the ocean at a depth of 600 to 800 meters”Point to the American experts. “Its eyes are directed upwards to locate its favorite prey – usually small crustaceans trapped in the tentacles of siphonophores.”, jellyfish-like species. An astonishing sight would allow him to effectively sense the radiation of living bioluminescent organisms in particular. How does it feed if its eyes point upwards and its mouth forwards? Researchers, thanks to their observations, understood that he manages to turn his eyes under his transparent dome. A dome that is difficult to unravel all the mysteries: rare specimens brought to the surface have actually lost this gelatinous “pocket”. A possible effect of stress differences between the fish’s natural environment and the environment we know.

If this apparent head is intriguing, scientists draw hypotheses to explore its usefulness. They now think it could play a protective role, protecting the integrity of Macropinna microstoma’s eyes. A form of shielding, therefore, is most useful during the hunting phases, when the fish is most exposed.

See also  How does this arise and how does it affect the global climate? What you need to know about sandstorms | The world