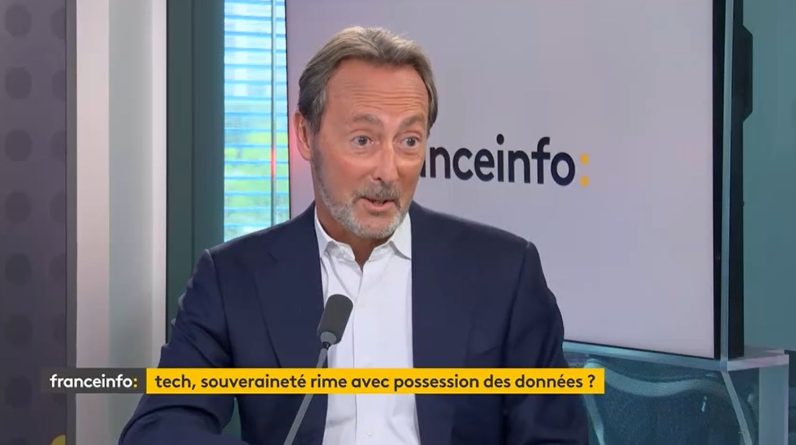 Its clients range from the Stellandis automobile group to US intelligence services such as the FBI. The former boss of Airbus sells software that makes it very easy to exploit data, but denies tracking his customers.

Fabrice Brezier, formerly head of Airbus, now head of Palantir France, specializes in analytics and data science (big data). In 2016, he chose the American company as part of the ramp-up of the A350 and later formed a partnership with Palantir. “Connects with all airlines” According to Fabrice Brezier, creating a unique ecosystem in the world allows us to move towards “Predictive Maintenance”.

The president of Palantir France confirms that the software marketed by the company does not keep the data used, which is available to the customers.We are against GAFA. We don’t collect data, we don’t analyze it, and above all we don’t monetize it”, Fabrice Brégier assures.

Palantir has clients including the US and French intelligence services, the FBI and DGSI, but refuses to support generalized surveillance.

“We refuse to work in countries that are beyond democratic ideals that guarantee the freedom of people and property.”

According to Fabrice Brezier, the use of algorithms as a decision-making tool does not pose a democratic risk, but should be extended to other fields. And Balandir becomes France’s boss: “We talk a lot about environmental planning, but we can have all the main transporters, energy producers, regions’ data on one platform to create a platform that looks like France in ten years, even twenty years. Encourages the manager. There are technologies. Of course they are Americans. But I have 150 top French engineers in my team who make sure to spread this knowledge on the French side”.