Home World Exclusive. A new strategy in Algiers to get closer to African countries aspiring to recognize sub-Saharan Morocco 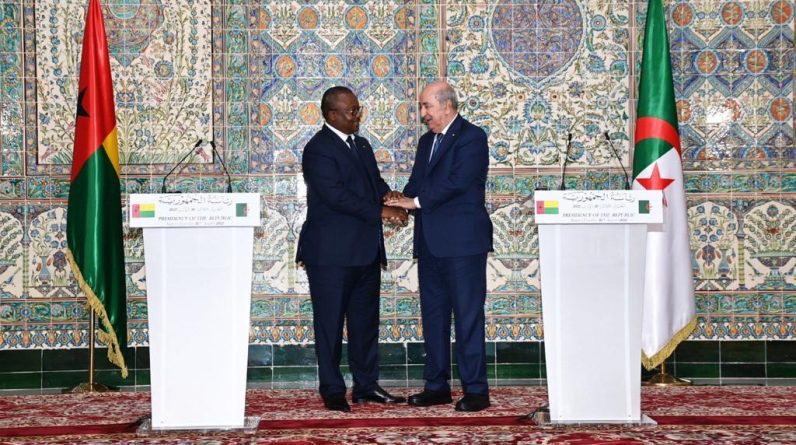 Algerian authorities have launched a new strategy against Moroccan influence on the African continent. El-Mouradia’s presidential palace recently approved a new strategy to start a rapprochement with several African countries by recognizing sub-Saharan Morocco. This strategy works to gain the support of these states by offering them privileged partnerships in order to convince them to move away from the “Moroccan lobby” that urges them to recognize Moroccan dominance over Western Sahara. Algeria wants to remain independent and the Polisario Front controls the territory.

In this strategy of rapprochement with some African countries reputed to be close to the “Moroccan theses”, Algiers will not hesitate to pull out the checkbook to persuade the most reluctant of Algerian leaders to join its camp instead of remaining loyal to Morocco. The strategy was officially launched with the visit of the President of the Republic of Guinea-Bissau, Oumarro Sisoko Mbalo, to Algiers on 29 and 30 August.

During this visit, Abdelmadjid Tebboune spoke at length with President Umaro Sisoko Mbalo. The talks were later extended to representatives of both countries. A massive lobbying campaign was mounted for Algiers’ cause, wooing the president of Guinea-Bissau.

According to our information, relations have been initiated by the Algerian diplomatic service with all African countries that have opened embassies in Western Sahara or recognized the Moroccan character of this region. These are mainly Malawi, Ivory Coast, Comoros, Gabon, Sao Tome and Principe, Central African Republic, Burundi, Eswatini, Zambia, Guinea, Djibouti, Gambia, Liberia, Burkina Faso, Guinea-Bissau, Equatorial Guinea, Senegal, Sierra Leone. The leaders of these countries will all be invited to Algiers and given a red carpet, not to mention a financial partnership to persuade them to distance themselves from Morocco.