Home World At the 11th Conference of Speakers of African National and Regional Parliaments Mr. A series of interviews by Talbi Alami 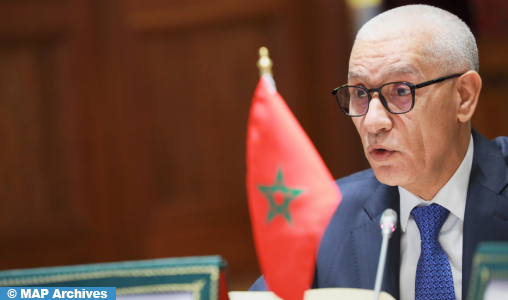 Rabat – Speaker of the House of Representatives Mr. Rashid Talbi Alami held a series of talks with the Speakers of Parliament and Heads of Delegation at the 11th Conference of Speakers of African National and Regional Parliaments held on 1-2 September. at the headquarters of the Pan-African Parliament (PAP) in Midrand, South Africa.

Mr. Talfi Alami met with heads of parliament and heads of delegations from Egypt, Congo and the Democratic Republic of Gabon in this sense, a press release from the House of Representatives noted, noting that discussions focused on causes. Learn from the experiences of the African continent, as well as ways to strengthen cooperation and mutual integration and respect the sovereignty and territorial integrity of African countries.

The Speaker of the House of Representatives also held a meeting with the President of the PAP, Fortune Sarumbra, focusing on the role of this African institution in the effective implementation of the slogan “One United Africa”, in addition to approaches that allow arrests, from a parliamentary perspective, nutrition, health, the economic development of the continent and the post-Covid-19 era. Management related issues.

Mr. Talbi Alamy On this occasion, H.M. He discussed the Moroccan experience and its achievements under the enlightened leadership of King Mohammed VI, and ways to benefit from it and strengthen and institutionalize effective parliamentary cooperation.