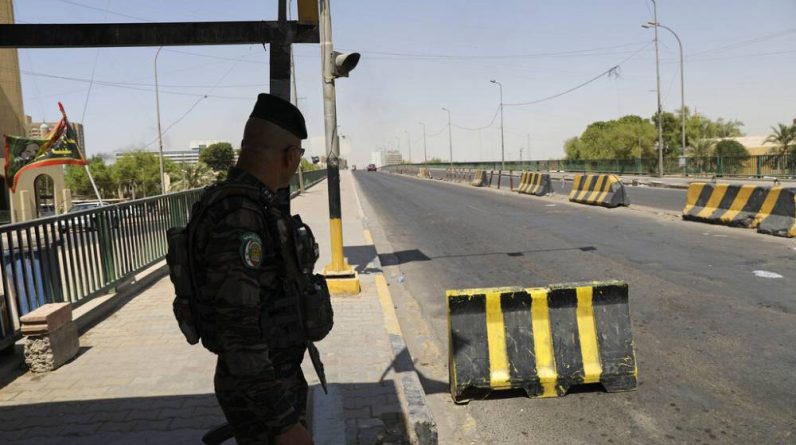 Iraqi President Barham Saleh said on Tuesday that holding early legislative elections would help his country recover from the crisis., has been rocked by fierce fighting between rival factions in the past 24 hours. “Holding of new early elections (…) A national consensus suggests a way out of this great crisis“Sale said in a televised speech. Such a poll”It will guarantee political and social stability and fulfill the aspirations of Iraqis“, he added, without presenting a date for this deadline.

Parliament must first be dissolved before holding elections to the Legislative Assembly. However, according to the constitution, dissolution can only be registered by a vote of the representatives with an absolute majority. It may be requested by one-third of the elected officials or by the Prime Minister with the concurrence of the President. Barham Saleh’s speech came hours after deadly clashes broke out in Baghdad between supporters of Shiite leader Moqtada Sadr, security forces and former Hashd al-Shaabi.

30 supporters of Moqtada Sadr were killed in the fighting It was halted when the religious and political leader ordered his followers to leave the Green Zone, a high-security perimeter in the heart of Baghdad that houses embassies and government institutions. The clashes are the culmination of a crisis Iraq has been experiencing since the October 2021 legislative elections won by Moqtada Sadr.

Politicians are yet to agree on the name of the new prime minister. So there is no new government or new president after the Iraqi legislative elections. To get out of the crisis, Moqdada Sadr and the coordination structure agree on one point: new elections are needed. But if the political and religious leader insists on dissolving parliament first, his rivals want to appoint a government first.