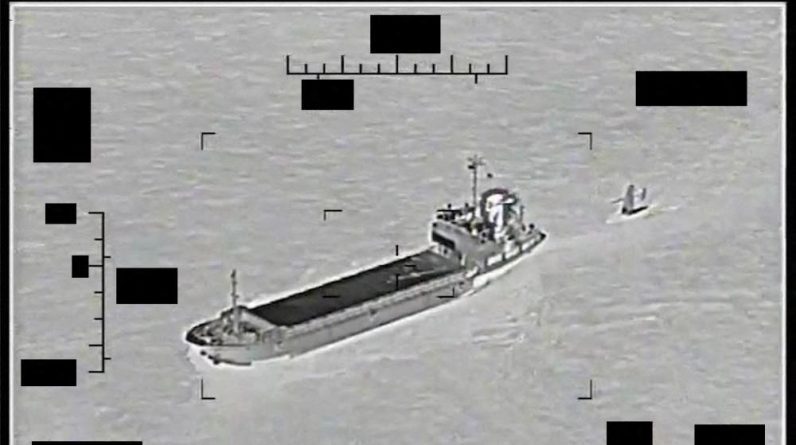 An Iranian ship seized a US Navy maritime drone but released it after a US patrol boat and helicopter were dispatched to the scene, the Pentagon announced on Tuesday (Aug 30).

On the night of August 29-30, the US 5th Fleet Central Command reported that the Shahid Bajir, a naval support vessel of the Iranian Revolutionary Guard Corps, was towing a seven-meter Saildrone Explorer type marine drone.

Read moreKabul accuses Pakistan of allowing US drones inside Afghanistan

A US Marine drone equipped with sensors, radars and cameras was in international Gulf waters and was collecting navigational and unspecified data, the 5th Fleet said in a statement. When the Iranian ship was spotted towing the drone, US forces intercepted a patrol boat operating near the area and a Bahrain-based MH-60s Sea Hawk helicopter. Their deployment led the Iranian ship to “Disconnect the towline and leave the area after about four hoursWithout further incident, the 5th Fleet said. Iran’s actions”Unnecessary and contrary to the conduct of a professional marine forceUS Vice Admiral Brad Cooper said in a statement.

The Saildrone Explorer has a rigid sail-shaped wing, five meters high and solar panels. The marine drone is powered by solar and wind power and can be remotely operated on a mission for a year. It can collect a wide range of maritime, meteorological and navigational data as well as strategic intelligence. The 5th Fleet pointed out that the drone was the property of the US government but that the technology contained “Available on commercial basis“And he didn’t”Does not hold any sensitive or classified information“.