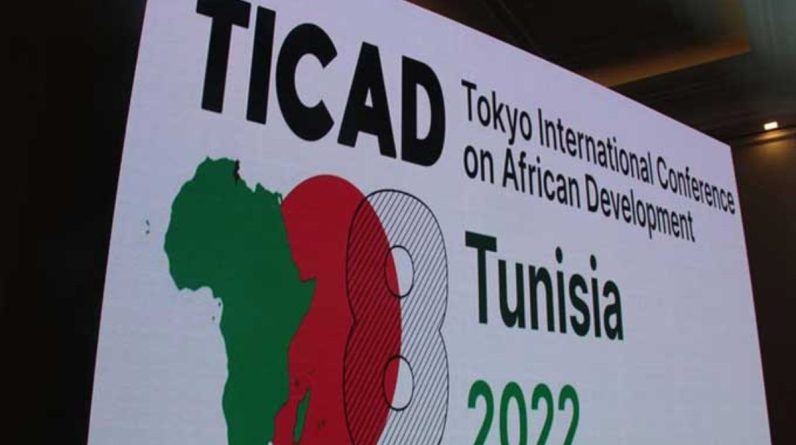 Absence of Morocco, a country that plays an essential role in the African scene, from the 8th Tokyo International Conference on African Development (DICAD 8), which was marred by the participation of the leader of the separatist militia “Polisario”. Many African countries may be overlooked by their stances.

In concrete language, these African countries that participated in the work of TICAD-8, since the beginning of the Summit, following the absence of the Kingdom, “pillar of Africa” ​​and “key member of the African Union”, following the reception of the Tunisian President to the “Polisario” leader, unilaterally invited by Tunisia, in violation of the preparation process and established rules. .

Lamenting the absence of a key player in Africa at the summit to promote constructive exchanges around key issues related to the continent’s development, these countries sent strong signals about the relevance and legitimacy of the Kingdom’s decision not to participate in TICAD 8. .

Opening the work of the summit, the President of Senegal and the Chairperson of the African Union, Macky Sall, was quick to express his displeasure at the fact that TICAD 8 was marked by the absence of Morocco, a distinguished member of the African Union.

He, therefore, expressed hope to see the issue “for the smooth functioning of our organization and to find a lasting solution for our partnership in the future in a peaceful and peaceful system.”

Aligning itself with Senegal’s position, the Central African Republic regretted Morocco’s absence from the work of the summit.

“The Central African Republic supports the declaration of the President of the African Union, Mackie Sall, regarding Morocco’s absence and non-respect of the rules established to participate in this summit,” the Central African President said. During the work of this conference Mr.

See also  The drunken Yeltsin and the nervous Biden mark the fall of their states! (Video)

For his part, the current President of Guinea-Bissau and the Economic Community of West African States (ECOWAS), Mr. Umaro Sissoko Mbalo walked out of the 8th TICAD against the Tunisian imposed “Polisario” participation.

Recalling TICAD’s philosophy and essence of working with unity of visions, Burundi, meanwhile, regretted the Kingdom’s absence from the Africa-Japan Summit.

“We regret the absence of the Kingdom of Morocco from DICAT 8 following the lack of consensus during the negotiations prior to these meetings,” Burundi’s President Everiste Ndaishimiye said during a plenary session on peace and security within the framework of TICAD.

“Our most serious wish from Burundi is to avoid such divisions in the next sessions,” he stressed.

In reaction to this hostile approach to the kingdom, Liberia said it was “surprising that a delegation (author’s note Polisario) was imposed in defiance of Dicot procedures”.

Expressing similar dismay at Morocco’s absence, Liberian Foreign Minister Dee-Maxwell Cha Kemaiah called for the “suspension of this session until the procedural issues are resolved.”

Calling for compliance with the decisions of the African Union regarding the format of participation in partnership meetings and stressing the importance of respecting the rules and procedures regarding the invitation of persons and representatives established jointly with Japan.

The Comoros Islands also regretted the absence of “Africa’s pillar” Morocco from TICAD 8.

“I express our regret for the absence of Morocco, a pillar of Africa, for reasons of compliance with the rules established so far to organize this Tigkat summit,” said Azali Assoumani, president of the Comoros Islands. Beginning of this conference.

Equatorial Guinea also expressed support for Morocco, with its foreign minister, Mr. Simeon Oibno Ezono Angu lamented the absence of the Kingdom of Morocco, a country of ‘particular importance’ to the Dicot.

Japan has condemned and denied the participation of “Polisario” separatists in the 8th Tokyo International Conference on African Development (TICAD-VIII).

During the discussion of the first plenary session of the TICAD-VIII Summit, the Japanese delegation issued a statement stating that “TICAD is a forum for discussion on the development of Africa” ​​and that “the existence of any institution, which Japan does not recognize as a sovereign state, in the meetings related to TICAD 8, the Senior Officials Meeting and the Summit Meeting etc., shall not affect Japan’s position on the status of such company.”

Morocco has decided not to participate in the 8th TICAD Summit and to immediately recall HM the King’s Ambassador in Tunis “following this country’s approach within the framework of the Japan-Africa Cooperation Forum’s activities and blatantly confirming his hostility towards the Kingdom”.