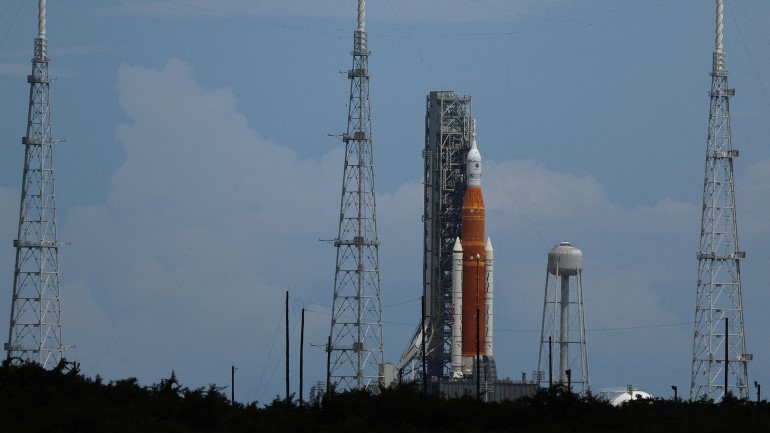 Tourists flock to the US state of Florida as NASA launches a rocket carrying an uncharted Orion capsule to the moon in an experimental flight named “Artemis 1”, which will pave the way for future flights.

“We will launch the world’s only spacecraft designed to carry humans into deep space on a very powerful rocket,” said NASA President Bill Nelson.

The flight, scheduled for 8:33 a.m. (12:33 GMT), is the initial test of the “Artemis” program, which marks NASA’s bid to return humans to the Moon and allow humanity to reach Mars. Also checking if the vehicle is safe for future astronauts.

Ten satellites will be launched to explore the moon and assess conditions for future deep space missions, ABC News reported.

From the Kennedy Space Center on the coast of Florida, the long-awaited unmanned space shuttle from around the world, It is expected to orbit the moon for 42 days before returning to Earth, where it will land in the ocean.

The British newspaper “Daily Mail” pointed out that the rocket used in NASA’s powerful launch cost 20 billion dollars and could be used only once, and the cost of the missile was 4 billion dollars.

It is the largest rocket project launched by NASA since the Saturn V program in 1969 that led to the first manned landing.

The second mission of the “Artemis” program will be launched in 2023, with a third flight in 2025 that, if all goes well, will see American astronauts land on the moon.