Home Science The Arctic, a veritable laboratory in summer 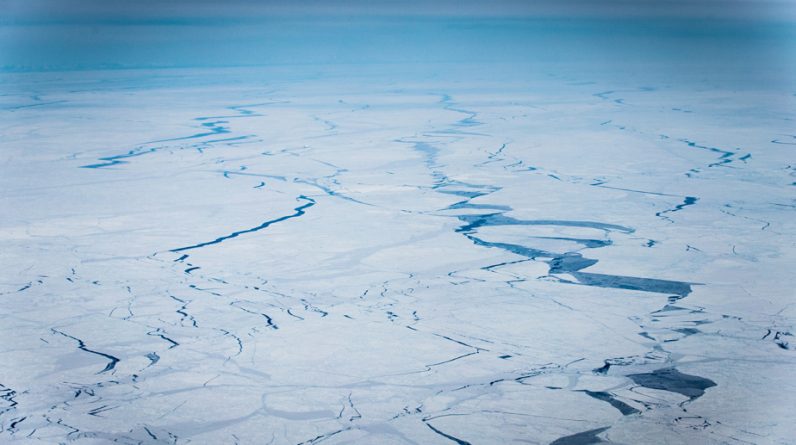 Melting sea ice and permafrost, extending the growing season for invasive species, plants and bacteria: climate change will have dire consequences for the Far North. Many Quebec researchers are taking advantage of the beautiful season to take measurements. They can tell what the future holds for the Arctic.

Arctic permafrost is one of the hotspots of global warming. This permafrost soil contains a lot of organic matter that dissolves, decomposes and releases methane, a particularly potent greenhouse gas. But this phenomenon is balanced by a shift in microbial populations in favor of methane-eating organisms.

“We’re tracking gas emissions from soils in a 2,000 km network from Saskatchewan to the Arctic,” explains McGill University’s Oliver Sonnentag, who has been involved in Yellowknife. “You see more methane in the south, but in the north it’s much less because of bacterial changes. Methane-feeding microbes release CO2A phenomenon balanced by CO capture2 Plants in the atmosphere grow more abundantly due to longer and hotter summers. Mr. Sonendak’s project is training tribal people

Solar energy is not well-suited to the Arctic because the days are very short in winter. Wind turbines are affected by frost, as are tidal turbines (driven by the currents of rivers and streams). A Canadian subsidiary of an American tidal turbine company wants to solve this problem.

Alexandre Paris, president of ORPC Canada, explains, “Canada’s hydrokinetic potential is huge. “In Quebec, several large Hydro-Quebec suppliers can manufacture tidal turbines. We’ve been testing a tidal turbine in Alaska for three years and it’s working well. This summer we are conducting experiments at a federal research center in Ottawa and collecting hydrological data at sites in Nunavik. A challenge for tidal turbines in the Arctic is “frazil,” a condition between water and ice that can lead to ice build-up on structures.

At McGill University, Lyle White compares Arctic microbes to those found on Mars or Jupiter’s moon Europa, which has an ocean under its ice cap.

“We’ve discovered a microbe that holds the record for reproductive temperature,” says White, who does his work at McGill’s High Arctic Research Station on Nunavut’s Axel Heiberg Island.

“It can reproduce at -15 degrees. More recently, White and colleagues described methane-eating bacteria at the Lost Hammer Hot Spring on Axel Heiberg Island. These bacteria can become active in the event of oil spills in the Arctic, due to exploitation of deposits or marine transport.

In the 1980s, one of the world’s largest populations of snow geese suddenly exploded on Pilot Island in the Baffin Sea. Since the 1950s there has been a research station there and the phenomenon has been observed. “We decided to look at the effect on the environment of the island, which means we have detailed data for more than 30 years,” explains Pierre Legagneux from Laval. University. “The number of ducks has been confirmed, but we have not seen any impact on the plants. We are trying to understand what is happening. »

This is valuable data for understanding the impacts of climate change. “Elsewhere, we’ve seen lemming populations affected by winter rains that harden the ice surface. We haven’t seen that yet, but we’re still monitoring whether that happens on Pilot Island as well. »

The Arctic does not have large forests, but its seas contain “forests” of kelp, a brown seaweed where many fish and animals hide and find food.

Philippe Archambault of Laval University specializes in arctic kelp, which is expected to become more widespread in southern Hudson Bay and along the Labrador coast by 2050. His group specifically conducts training activities on the importance of kelp to Inuit communities.

McGill doctoral student Julia Bach is spending her summer in Iceland, where she attaches geo-location sensors to the legs of kittiwakes to track their annual migrations.

“We will evaluate whether they are affected by plastic pollution and, if so, see where these contaminants come from along their path. »