Home Science Give your neurons what they need for complete well-being! 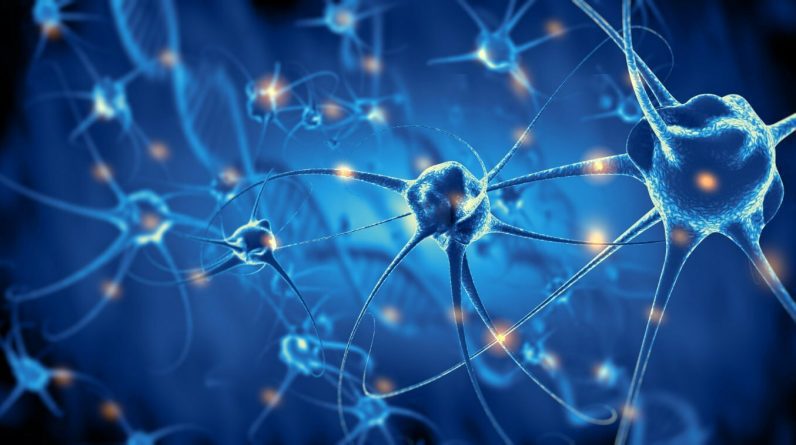 Do you want to be in good mood, tone and slim? All this is possible if you feed your neurons the right foods. Check out our tips for doing just that!

What are the various functions of neurons?

The nervous system contains cells called neurons that transmit information throughout the body. There are three main types of neurons: motor neurons, sensory neurons, and interneurons. Motor neurons allow the transmission of information from the brain to the muscles, telling them when to contract.

Sensory neurons, on the other hand, are responsible for transmitting information from sensations to the brain, such as the sensation of touch or the taste of food.

Interneurons are found in the spinal cord. Their function allows the connection of different parts of the nervous system. They help process information and coordinate movement. Together, these different types of neurons allow us to interact with our environment and make choices.

Which neurons are responsible for our mood?

Recent research has begun to shed light on this question. A study has found that a type of neuron called a serotonin receptor is critical to regulating our mood. Serotonin is a chemical that helps transmit signals between neurons and is known to be involved in many mood disorders such as depression and anxiety. Researchers found that when serotonin receptors were suppressed in mice, they became significantly more anxious and less able to cope with stress.

These results suggest that serotonin receptors play an important role in our mood and may be one of the targets of future treatments for mood disorders. However, the exact function of these neurons is still unclear. He said science still needs to be proven to understand the full role they play in our moods.

We all have times when we feel like we have no energy. We drag ourselves out of bed, struggle to open our eyes, and get through the day relying on nothing but coffee and willpower. What is the reason for this sudden lack of energy? The answer lies in our neurons.

Many factors can lead to an imbalance of these neurons, including stress, lack of sleep, and certain diseases. However, one of the most common culprits is poor diet. When we don’t provide our bodies with the right mix of nutrients, our energy levels can quickly suffer. If you’re feeling low on energy, look at your diet and see if you can improve it. You may be surprised at the change that can occur.

Between losing, gaining and controlling weight, you are not the only decision maker. Even two neurons!

The answer to this question is still being investigated by scientists, but some neurons are linked to weight regulation. A type of neuron known as POMC neurons helps control our appetite. These neurons are located in the hypothalamus and release a hormone called leptin, which tells the brain that we are full. Another type of neuron known as NPY neurons is responsible for increasing our appetite. These neurons are located in the amygdala and release a hormone called neuropeptide Y, which makes us feel hungry. Scientists believe that a balance between these two types of neurons is necessary to maintain a healthy weight. However, more research is needed to understand how these neurons communicate with each other and with the rest of the body to control weight.

How do we successfully stabilize all these neurons to stay healthy?

It’s no secret that what we eat affects our mood and energy levels. But did you know that certain nutrients can support our cognitive function? Serotonin, dopamine, POMC, and NBY are all neurotransmitters that have the primary job of regulating our mood and cognition. Although we cannot directly affect the levels of these neurotransmitters in our brains, we can influence their production by consuming certain foods.

For example; Foods that contain an amino acid called tryptophan can help increase serotonin production. Good sources of tryptophan are turkey, salmon, eggs and nuts. Foods rich in tyrosine (another amino acid) can help increase dopamine levels. Chicken, soy, bananas and oats are good sources of tyrosine. Finally, foods high in omega-3 fatty acids (such as salmon, walnuts, and flaxseed) may contribute to the production of POMC and NPY neurons.

If you want to boost your cognitive function, include these nutrient-dense foods in your diet! What are you going to add to your shopping list this week?

* Presse Santé strives to transmit health knowledge in a language accessible to all. In any case, the information given cannot replace the advice of a healthcare professional.

Get our latest publications for free, direct to your mailbox daily