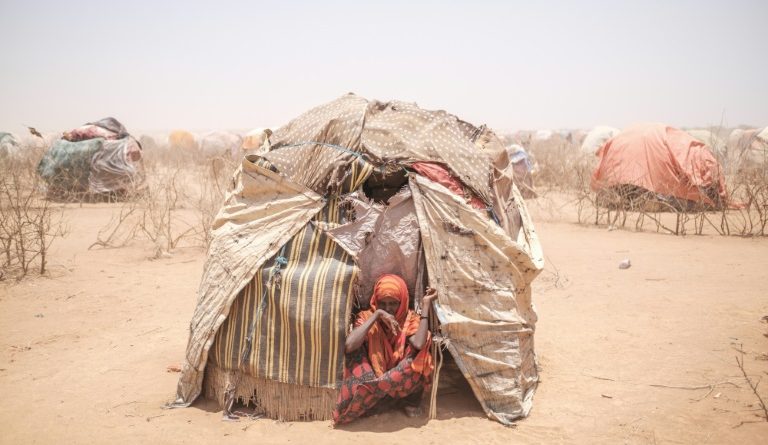 The Horn of Africa, which is at increased risk of famine due to historic drought, is bracing for a fifth consecutive failed monsoon, according to the World Meteorological Organization (WMO), an agency of the UN.

“Aid agencies have told you a lot about the terrible drought in the Horn of Africa. Unfortunately, you’re going to hear more about it as the drought continues in the coming weeks and months,” said WMO spokesperson Clare Nullis. A routine press conference in Geneva.

He explained that the Climate Outlook Forum for the Horn of Africa region, which brings together climatologists and humanitarian organizations in particular, met in recent days and issued its forecasts for the rainy season from October to December.

“In particular, drought-affected areas in Ethiopia, Kenya and Somalia are expected to receive adequate rainfall until the end of the year,” he added.

The spokesperson highlighted the importance of the rainy season from October to December, which contributes up to 70% of the total annual rainfall in the equatorial regions of the Horn of Africa, especially in the eastern part of Kenya.

In early 2022, the World Food Program (WFP) called to raise funds to help the 13 million people threatened by hunger in the Horn of Africa. On August 19, the organization said at least 22 million people could face starvation by September.

For months, humanitarian organizations have been raising alarms about the worsening situation in the Horn of Africa, raising a tragedy similar to the last famine in Somalia in 2011, which killed 260,000 people.

See also  Danilo takes over the rule of the PLD, and from tomorrow he will take to the streets

In a statement released on Friday, the World Health Organization (WHO) stressed that “by acting now, millions of lives can be saved”.

According to the World Health Organization, 700,000 people are already threatened by famine in parts of Ethiopia, Somalia and South Sudan.

“We are asking all the traditional donors – North America, Europeans, Japan and others, who have given us the most money in recent years, to support humanitarian action, but there are many countries that could be involved,” Jens Lark, spokesman for the UN Office of Humanitarian Affairs (OCHA), told the conference. said when