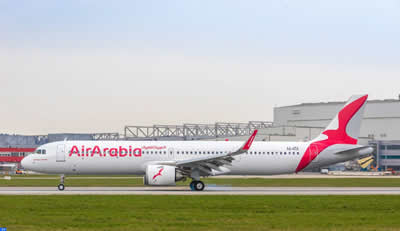 Flynas announced the signing of an agreement with the Air Connectivity Project to launch four new direct destinations to cities in Europe, North Africa and Central Asia, facilitating the movement of visitors, including tourists, pilgrims and Umrah pilgrims, including flights to the Kingdom. Casablanca.
Saudi private airline Flynas will launch new weekly flights from King Abdulaziz International Airport in Jeddah next November 10, notably three flights per week to Casablanca in the Kingdom of Morocco and two flights per week to Marseille in the south of France. Almaty is the commercial and cultural center of Kazakhstan and the former capital of the Central Asian country, with two flights per week.
Also “Flynas” operates in low cost airline system and is considered to be the first low cost airline in Saudi Arabia. Its headquarters are located in the capital Riyadh, and the company provides its services to domestic destinations in Saudi Arabia and international destinations in the Middle East, Asia, Europe and Africa.
Bandar Al-Muhanna, CEO and Managing Director of “Flynas” emphasized that the conclusion of this agreement is in line with the growth and expansion strategy of “Flynas”, which aims to connect the world to the Kingdom and reach 165 destinations. . , is proud of this partnership with the Air Link program, which aims to establish new international routes by promoting and supporting airlines, encouraging expansion into new markets contributing to the growth of the sector. Direct international destinations to 250 destinations by 2030.
For his part, Khalil Lamrabet, Managing Director of the Air Connectivity Program, explained that the partnership will help facilitate the movement of the Kingdom’s guests, especially Umrah tourists from Casablanca, Marseille and Almaty. The Kingdom’s air network connectivity is a key factor in the implementation of national strategic tourism objectives.
It is to be noted that the Air Link program was launched earlier this year with the aim of supporting and encouraging airlines to establish local and international flight connections, increase flights to existing and targeted destinations and contribute to tourism development. Kingdom to achieve the objectives of Saudi Vision 2030.