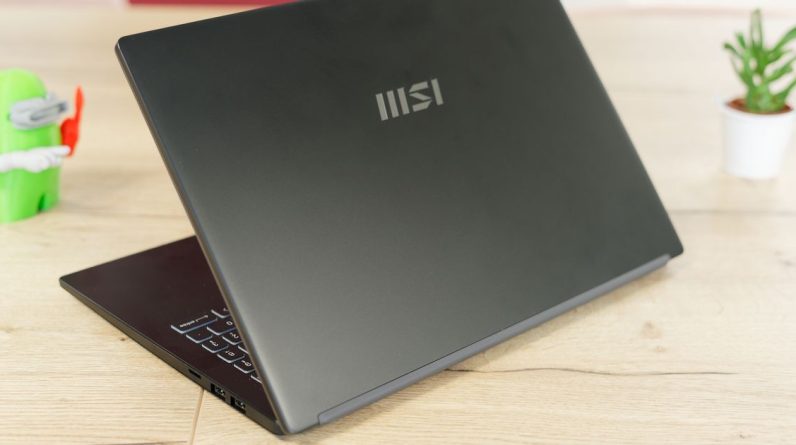 MSI Modern 15 (B12M-003FR) is equipped with Intel Core i7-1255U processor with 16 GB RAM. This 12th generation processor is designed with a hybrid architecture called 2 high-performance hyper-threaded cores and 8 efficient cores; Its thermal envelope is reported at 15 W with a boost of 55 W.

In use, the MSI Modern 15’s Core i7-1255U proves responsive, but shows signs of running out of steam during heavier tasks. When requesting all cores during our encoding, we saw a strong drop in frequency. P-cores run at 3.6 GHz with a power envelope of 45 W when the processor temperature does not exceed 95°C. Once past this temperature, the P-cores stabilize at 1 .1 GHz at 10 W. enclosure, until the temperature drops to 40°C, and so on…
MSI seems to have chosen short-term speed over endurance for its Modern 15’s low-power Core i7-1255U. Intel’s U-series processors are a very interesting choice of processor as they are usually aimed at laptops. PCs.

The SSD offers acceptable performance, 2.5 GB/s in read and 1.2 GB/s in write. It’s certainly far from the best models, but it’s good enough for office use.