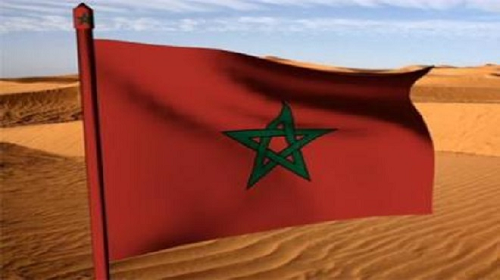 The position of the states of the Gulf Cooperation Council (GCC) regarding the territorial integrity of Morocco “Firm, solid and unchanging with time”Ahmed Ankit, Dean of Scientific Research and Doctoral Studies at Hamdan Bin Mohammed Smart University in Dubai, said on Sunday.

On the 69th anniversary of the King and the People’s Revolution, he praised the position of the GCC countries supporting Morocco’s strategic causes, especially the question of the Moroccan Sahara. At MAP Mr. Ankit.

He said the final declaration of the 42nd GCC Summit held in Riyadh on December 14, 2021 under the chairmanship of Saudi Arabia reaffirms the support of the Gulf countries for the Moroccanity of the Sahara. and to safeguard the security, stability and territorial integrity of the Kingdom.

Mr. Abdullah Al-Mawlimi, Permanent Representative of Saudi Arabia to the United Nations (UN), said in a speech on behalf of the Arab Group during the General Debate of the Fourth Group. Ankit recalls. UN His country’s support, within the framework of the 76th session of the General Assembly “To the project of autonomy for the Moroccan Sahara within the framework of the sovereignty of Morocco and the integrity of its national territory”.

Also, the representative of the United Arab Emirates, during the annual meeting of the twenty-four-member UN Special Committee, expressed his country’s support for the autonomy project and the Moroccan character of the Sahara without hesitation. At every opportunity, he continued.

Additionally, Mr. Ankit, on August 20, H.M. King Mohammed VI’s speech confirmed the clarification in the strategic orientation of Morocco’s relations with the rest of the world, noting that it has set a clear benchmark for assessing sovereignty. The quality of Moroccan relations with other countries, namely their position vis-à-vis Morocco of the Sahara.

See also  The venue for the Biden-Erdogan meeting

The academic concluded that all elements of the Moroccan people were unanimous on the question of the Moroccan Sahara, united under the enlightened leadership of His Majesty King Mohammed VI and mobilized to defend their territorial integrity, whatever the sacrifices.