Home Science “This time we’re going to the moon!” : With Artemis, excitement is building for the European Space Agency 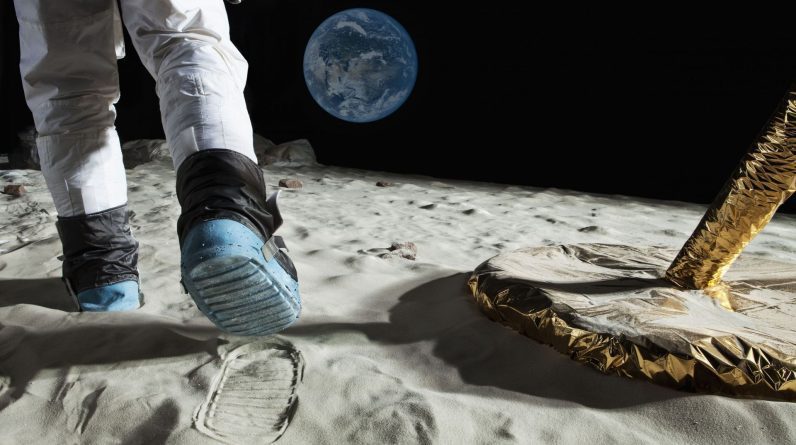 The goal of the entire program is to establish a permanent human presence on the Moon, which will lead to an essential phase: construction Deep Space Gateway (DSG)A space station capable of providing a habitable module around the MoonGroups stay for 42 days. In fact, NASA has already set its sights further on Mars. Deep space exploration, a manned mission to Mars, is a long-term goal.

Emmanuel Jehin, astrophysicist at ULiège, confirms these indirect objectives produced by the Artemis mission: “This is clearly aimed at preparing a mission to Mars, as the 2040s and 2050s will require a return to the Moon first.“, he explains.”Returning to the Moon is important on a scientific level to better understand the origin of the Moon but also the origin of the Earth because the two are linked. There are more puzzles in this level. And then, in fact, technologically, a whole series of new processes could be demonstrated, especially the use of water in the form of ice in some craters of the moon in the southern hemisphere. Especially the pole which is never illuminated by the sun to produce oxygen and hydrogen. Oxygen is of course essential for astronauts to breathe, and hydrogen, combined with oxygen, is rocket fuel. Therefore, it is actually intended to plan future missions to Mars, where, in autonomy, everything necessary for the survival of astronauts can be produced on site, but also fuel for rockets..”

From 1972 to today, a lot has changed, especially as Elon Musk’s SpaceX, a private company that ventured into space tourism and the space business, was chosen to build a ship that would carry astronauts. From lunar orbit to the moon and back.

“Apollo Voyages Cowboys“, abridged by Emmanuel Zehn.”They were on the moon and today are considered rudimentary. Computers back then were not as powerful as our cell phones today. A lot of progress has been made, which will allow – since the goal is to stay on the lunar surface for a certain period of time – things that were not expected in the past.”

The Artemis project weighs in at over $35 billion. Whether on Mars or the Moon, competition with the Chinese and Russians in space is fierce, so the challenge is scientific but also geopolitical. Since the availability of raw materials such as helium 3, essential for future nuclear fusion reactors, or rare earths, which can be used to produce new ones, is so important on the moon, man will not be without economic problems. technologies.