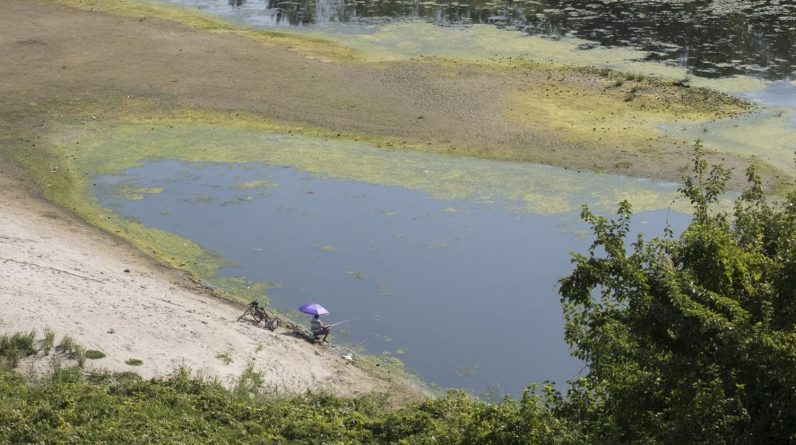 The European Commission warned on Monday, August 22, that Mediterranean regions are threatened by an extraordinary drought until November. Almost half (47%) of the EU’s land area was exposed to so-called drought conditions in the first ten days of August. “Warning”, which recorded a significant lack of soil moisture, reported JRC, the Commission’s scientific research service. 17% are alerted that plants and crops are severely weakened by water shortages, up from 11% in early July.

henceforth, “After long, unusually dry streaks, normal conditions are expected across much of Europe from August to October”Underline the expertise of the JRC in a report. “It may not be enough to fully recover from the overall (rain) deficit for more than six months, but it will alleviate the critical conditions in many areas.”They say.

Already, the rainfall in mid-August “Could have alleviated drought conditions”too “In some areas, thunderstorms have caused damage and may have limited beneficial effects”. However, for the western Mediterranean regions “Warmer and drier than average conditions likely through November”And parts of Spain and Portugal are expected to continue to experience drought levels “Warning”JRC warns.

The report singles out the areas most affected by the lack of rainfall as central and southern Portugal, Spain, southern France, central Italy, southern Germany, as well as a wider area that includes Slovakia, Hungary, Romania and Moldova.

Scientists have linked this exceptionally hot and dry weather to global warming “Yield prospects for summer crops are significantly reduced”, heed the experts. According to the report, corn (yield 8.6% at EU level), sunflower (-5.5%) and soybeans (-9.6%) were the most affected. The final yield of the maize crop is currently expected to be 16% below the five-year average.

See also  What if the moon were twice as close to the earth as it is today? | United States