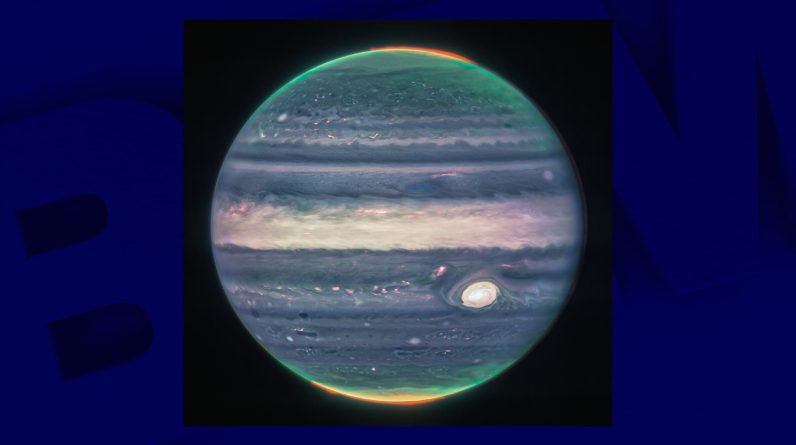 NASA’s powerful telescope has captured spectacular images of Jupiter, allowing it to observe the auroras visible at the planet’s poles.

Just weeks after surprising the world by releasing the “deepest and clearest infrared image ever taken of the universe,” NASA released exclusive new images taken by the James Webb Telescope on Monday. “Make Way for the King of the Solar System”: Two films of Jupiter have been released this time.

Webb’s special infrared camera (NIRCam) recorded light at wavelengths invisible to our eyes. The data was then sent to NASA, which was then “translated” into images with the help of scientist Judy Schmidt. A long note sums up the space agency.

Using its three infrared filters, the camera was able to show details of the planet. Red tones represent auroras at higher latitudes, visible at the planet’s north and south poles. Shades of yellow and green, always at the poles, represent large “swirling” fogs.

Finally, mapped in blue, a third filter highlights the reflected light from the deep main cloud. Jupiter’s Great Red Spot, which is characteristic of the planet and appears white in these images, “reflects a lot of sunlight,” NASA notes.

See also  Bank Card: You Should Disable Contactless Payments in These 5 Situations