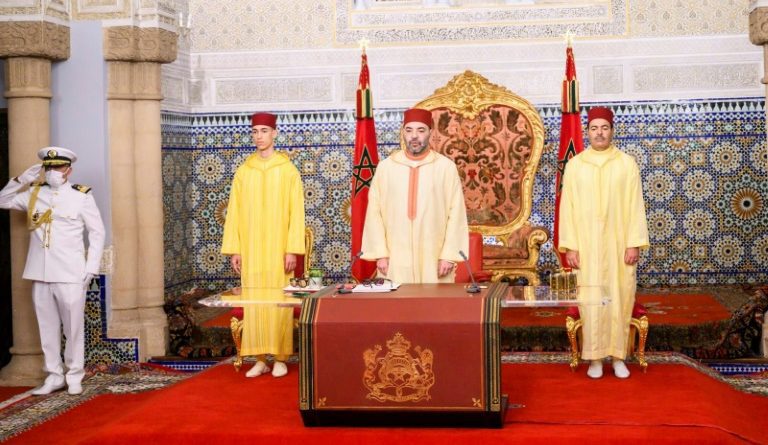 On Saturday evening King Mohammed VI urged Morocco’s allies to “clarify” and “unequivocally” support their position on the disputed territory of Western Sahara.

“I want to send a clear message to everyone: the Sahara issue is the prism through which Morocco views its international context,” the king declared in a radio-television address during the so-called “Revolution” ceremony. The King and the People”, celebrates a historical episode in the anti-colonial struggle and depicts the relationship between the king and his subjects.

“The scale to measure the integrity of friendship and the effectiveness of the partnerships it establishes is clear and simple,” he underlined.

“As for some traditional or new countries among our partners who have unclear positions on the Sahara issue, we expect them to clarify and reconsider the essence of their position.” , warned the Serifian sovereign.

The latter did not specify which countries his message was specifically aimed at.

But he welcomed the US’s “essentialist” stance – which recognized Western Sahara’s “Morocco” under the presidency of Donald Trump, which was taken up by his successor, Joe Biden.

Mohammed VI also welcomed Spain’s reversal, and to a lesser extent Germany’s, which rallied to the “initiative of autonomy” under Moroccan sovereignty advocated by Rabat to resolve the Western Sahara conflict.

The former Spanish colony, which Morocco and Sahrawi separatists of the Polisario Front have been fighting for decades, is considered a “non-self-governing territory” by the UN.

Morocco controls 80% and supports autonomy under its exclusive sovereignty, while Polisario, backed by Algeria, is calling for a referendum on self-determination.

In his speech, which was also devoted at length to the Moroccan diaspora, Mohammed VI called for institutional strengthening of ties between “Moroccans of the world” and their homeland, “including the hundreds of thousands of Moroccan Jews” abroad.

Morocco and Israel resumed diplomatic relations in December 2020 as part of the Abraham Accords, a process between the Jewish state and several Arab states backed by Washington.