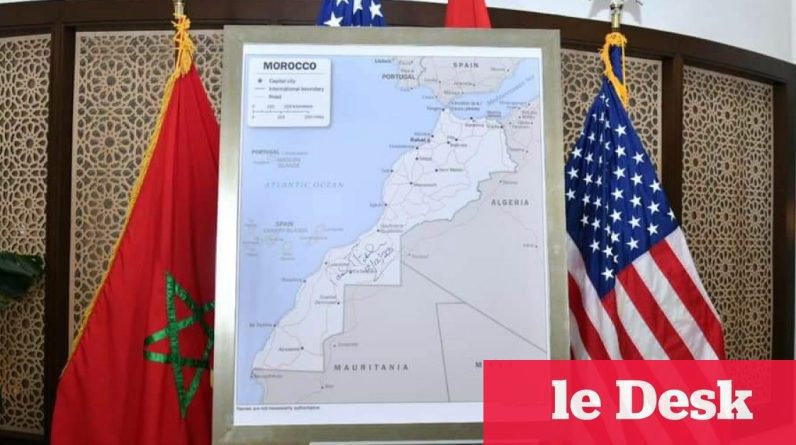 China is more popular than the United States in eight out of nine Arab countries, according to a study published last July by the Arab Barometer, an independent research network. Morocco stands out.

The poll, conducted in Morocco, Palestine, Tunisia, Iraq, Libya, Lebanon, Mauritania, Jordan and Sudan, found that 69% of Moroccans favor the US and 64% are against China. In the other countries surveyed, these percentages are much lower than in Beijing or Washington, and the differences are small and always in favor of the United States, with the exception of Jordan, which shows a neutral balance.

The power struggle between China and the US continues. Despite Beijing’s deviations, particularly with regard to its treatment of Uyghurs, Xi Jinping’s country comes first in the eyes of most respondents.

Moroccans’ perception of China has also deteriorated. In 2019, 49% of respondents said they favored better economic ties with Beijing, up from 36% in 2022. A development that can be explained by the weakening of China’s presence economically and politically. Major projects that have been reported to have given birth to a mouse more often, Proved by the city of Tanger Tech. The signing of the “Belt and Road” implementation plan between Morocco and the People’s Republic of China has not resulted in anything concrete.

For the US, the figures are almost unchanged. In 2019, 43% of respondents favored strengthening economic ties with Washington, up from 42% in 2022. A wait-and-see format after major announcements made under Donald Trump’s executive order (Try Prosperous Africa etc.) and this despite the United States recognizing the Kingdom’s sovereignty over the territory of Western Sahara.

Thank you for the question about normalizing relations between Rabat and Tel-Aviv A trilateral agreement involving the United States31% of those polled say they still favor standardization.

Ultimately, the Middle Kingdom has already overtaken the United States in the MENA region, with the exception of Morocco, where economic ties with China are limited, the survey clearly shows. In all cases the regimes and the Israeli occupation of Palestine, as well as the disastrous occupation of Iraq, are still remembered.