Home Science With drought, the Spanish Stonehenge emerges from the water 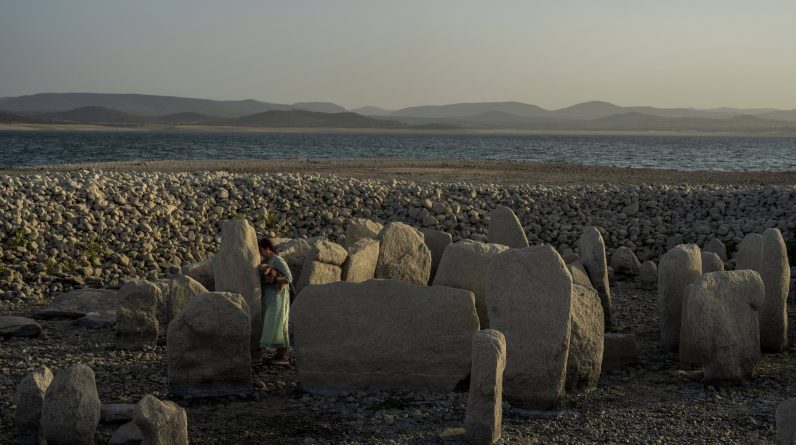 An exceptional Neolithic site, the Cromlech de Guadalperal, submerged during the construction of a dam in 1963, remains visible as the artificial lake dries up.

This chaotic August drought certainly had unintended consequences. After Hungry stones reappeared on the Elbe It’s a forgotten archaeological site that reappears in Extremadura, Spain: the Cromlech of Guadalupe, a 7000-year-old collection of 140 megaliths, nicknamed Stonehenge Spanish.

Discovered in 1926 by the famous German-Spanish prehistorian Hugo Obermayer, it was unfortunately swallowed in 1963 during the construction of the Valdecanas Dam under Francoism. Since this fateful date, the legendary city of Ys has resurfaced on rare occasions. , the site will only be visible in the summer of 2022 when the water in the artificial lake is at its lowest level.

Each return allows archaeologists to work on this extraordinary Stone Age complex, but also to observe the damage caused by water: at Stonehenge, the horizontal stones resting on the menhirs have long since fallen, the granite eroded and engraved with precious patterns. The rock has disappeared.

To interrupt this long underwater agony, scientists and archeologists are campaigning to move the entire site to dry land or a museum, a plan still rejected by the government. Without reason, the important and complex work that such a move would require would be even more disastrous for heavy stones. So the status quo is the most viable option for Cromlech de Guadaluperal.