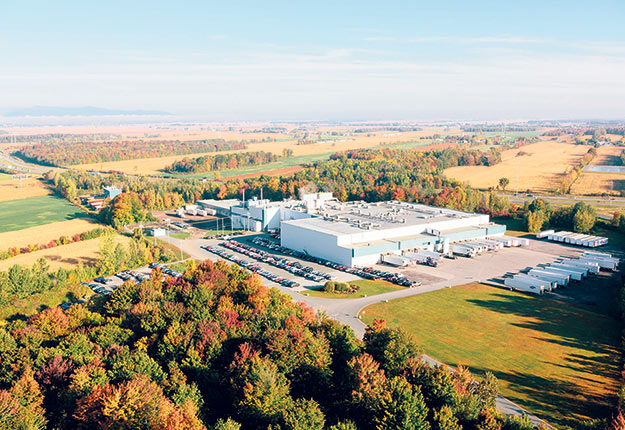 In a decision taken on July 14, F. The commission approved the use of two hectares of land located in an agricultural zone to implement its plan to expand and modernize the facilities purchased by Menard in 2019. In its application, Olymel explains that it intends to increase the plant’s slaughter capacity by 35,000 to 50,000 pigs per week with the project. This is specifically to be more competitive in the face of US competition, but also to protect the plant’s workforce by automating, robotizing and rationalizing its operations in the face of labor shortages. A critical peak is reached in 2030,” the conclusion reads.

Olimel also pleads that the investment required to build an entirely new plant elsewhere is “not a conceivable solution” because it considers it “needs to reduce its capital and use existing infrastructure to operate” to face international competition. cost as much as possible”.

Despite receiving the green light from CPTAQ, Olymel’s communications manager Richard Vigneault notes that the expansion plan is on hold. “Currently, we cannot consider breeding operations because the conditions are not met,” he explained, referring to Olymel’s decision to reduce annual purchases of 530,000 pigs from Quebec farms since last March due to various difficulties related to labor shortages. and a significant drop in pork exports to China.

This request for authorization filed with the CPTAQ is “part of the process necessary for the eventual implementation of the project, even if the latter is not implemented”, Mr. Vigneault pointed out. The latter notes that the company never publicly announced the plan.

A first phase is complete

The expansion project is the second phase of a development plan for the Ange-Guardian plant, which began in February 2021, investing about $9 million to add a quarter of jobs to the production line. This first phase, “now complete”, Mr. Vigneault notes that it has created 250 additional positions and increased the plant’s weekly slaughter capacity from 25,000 to approximately 35,000 pigs.

Most of the jobs created have been filled, says Mr. Vignault, thanks in particular to the influx of temporary foreign workers.