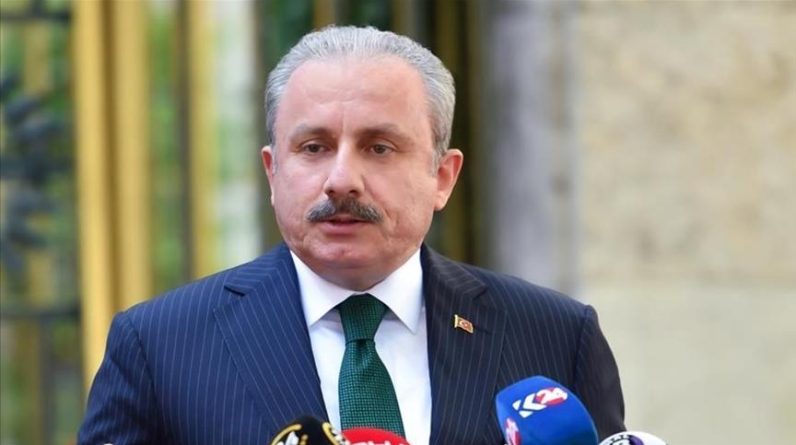 The Speaker of the Turkish Parliament, Mustafa Sentop, has condemned Israeli “aggressions” against the Gaza Strip and Al-Aqsa Mosque.

Şentop expressed his strong condemnation of Israel’s airstrikes against the Gaza Strip in a tweet on Sunday.

The Israeli military launched strikes against the Gaza Strip for the third day in a row as part of a military operation launched Friday against targets it says belong to the Islamic Jihad movement.

Mustafa Sentop, a member of the Israeli Knesset along with Jewish extremist groups, described the attack on the Al-Aqsa Mosque as “barbaric”.

And to add: “Intrusion intended to undermine the position of Al-Aqsa Mosque – the first Qibla of Islam is barbaric and unacceptable.”

Hundreds of Israeli settlers besieged the Al-Aqsa Mosque on Sunday, with police beating and forcing several Palestinian worshipers and journalists out of the mosque.

According to an Anadolu Agency reporter, three worshipers and two photojournalists were arrested in the courtyard of the mosque.

* Translated from Arabic by Mourad Belhaj