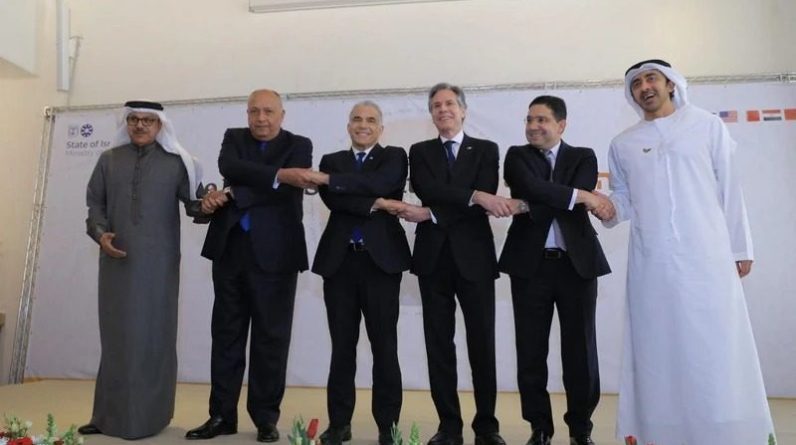 Before Knesset elections scheduled for early November, Israel is trying to organize a summit with Arab countries that have signed the Abraham Accords at the level of heads of state. Nasser Bourita, head of Moroccan diplomacy, received an invitation to Israel for September.

Israel has two events to celebrate before the end of the year. It is one side of the 2nd Negev summit and in the case of Morocco the 2nd anniversary of the Abrahamic covenants is usually scheduled in December.

But Israeli officials raced against time to organize one of two events before elections to Israel’s parliament, the Knesset.

According to Israeli media, it will be an event in the form of a summit with the four Arab countries that signed the Abraham Accords. Apart from that, the country is yet to get the consent of all the countries it represents.

For good reason, Israel hosted its first summit in the Negev desert on March 28, bringing together the foreign ministers of Morocco, the United Arab Emirates, Israel, the United States, Bahrain and Egypt.

Also, on June 27 in Manama, Bahrain, the same countries met within the framework of a preparatory meeting to create the “Negev Forum”, and Morocco will be the next destination of this forum to be organized in the Sahara.

In any case, this is the desire expressed by Morocco’s Minister of Foreign Affairs, Nasser Bourita, when he concluded his speech in the Negev with this sentence: “I hope we meet each other again in another desert, but in the same spirit.

See also  Germany: The motive for the Worsburg massacre may have been Islamist

Israeli Regional Cooperation Minister Esavi Frege said that the Moroccan diplomatic chief should visit Israel soon. In September he had extended an invitation to celebrate the anniversary of the Abrahamic covenant. End of July in Morocco.

Esawi Frej noted the anniversary of the Abrahamic covenants in September, suggesting a full anniversary celebration where all signatories would gather, despite the date of each nation’s normal treaty signature.

For his part, Prime Minister Yair Lapid “must have a conference at the level of the leaders of these countries and take place on the second anniversary of the signing of these agreements between Israel, the United Arab Emirates, Bahrain, Morocco and Sudan,” according to Israeli press.

For now, Israel’s desired event is not clearly established in terms of date, format, or any level of representation. Prime Minister Yair Lapid, who visited Morocco last summer as foreign minister, plans to visit the kingdom again in the coming days or weeks, according to Israeli media.