Home World Cameroon: At the heart of the Kingdom of Bandjaun, a people who have managed to preserve their ancestral values 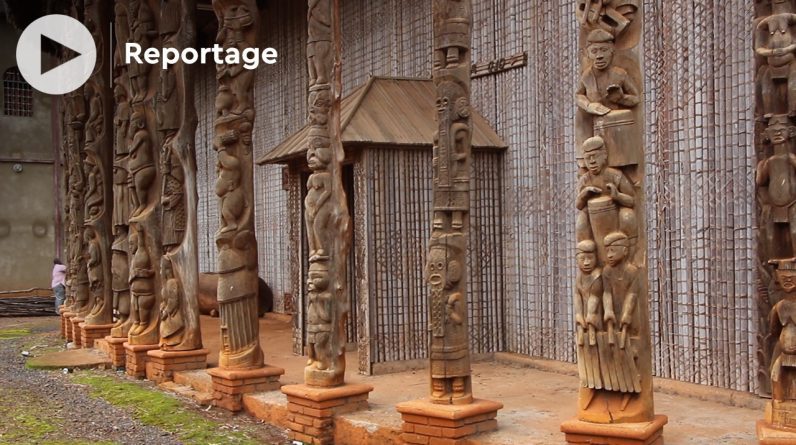 #In other countries : With origins dating back to the 17th century, the people of Bandjon, located in the western region, are united in preserving their ancestral cultural values. The pride of this dynamic people rests in its museum.

Beit-Bandjoun is one of the three arrondissement communes of the Kon-Ki Department in the western part of Cameroon. Located about 282 km from the political capital Yaoundé and with an estimated population of 70,000, it is the capital of the Kingdom of Bandjaun.

374 years old, the Bandjoun Kingdom is a constitutional monarchy. Since its foundation, three villages served as the kingdom’s capitals, namely Tseleng in 1552, Famleng before 1825 and Hiala at present. The dialect spoken in Bandjoun Kingdom is Komala, which is currently taught to the younger generation to perpetuate the Bandjoanise culture.

The Kingdom of Bandjoun, known locally as Goung a djo or La’djo, meaning “land of the buying people,” was founded in the 16th century by Prince Nochweghom. Under the rule of the dynasty of Natchwekom’s successors, Bandjaun asserted itself as one of the major powers of the Bamileke people.

The history of this people has been discovered in a carefully preserved museum of great leadership. No foreigner can access it except on the days of exhibitions provided in their cultural programs. Rare sacred moments where one can contemplate the works of art created during this period. It is also an opportunity to learn the local languages ​​and the hunting techniques used by the old Bandjonais.

The chiefdom of Bandjaun is, above all, its sacred forest, a place where the chief and his dignitaries draw strength to govern their subjects.

The current President of Bandzone is His Majesty Honor Djomo Kamka. Born in 1953, Kamka II’s successor is the 15th King of Bandjaun. He was inducted in 2004. Also, he is a senator appointed by the mandate of the state president, Paul Biya.