Home World The Sahara: Morocco is an undeniable fact 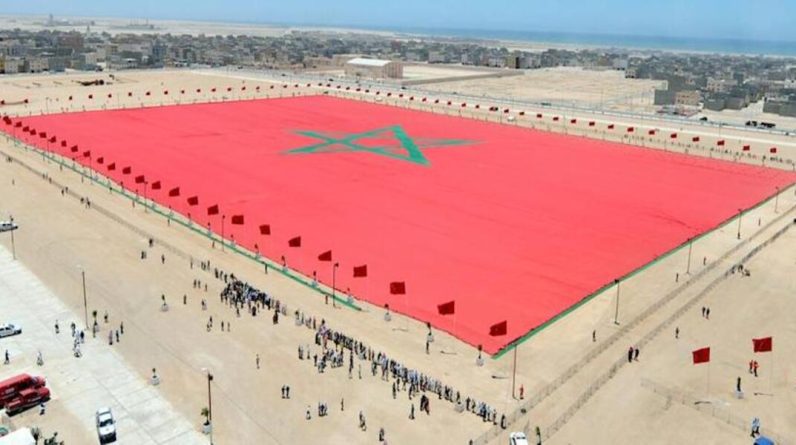 For Morocco, the diplomatic battle over Morocco of the Sahara is almost certainly over. As with the position of the majority of the international community, the United States reaffirmed its unwavering support, and as a result, settlement politics could only be based on the Moroccan autonomy initiative within the framework of sovereignty and regionalism. Integrity of the kingdom.

H.M. Thanks to active and active diplomacy under the leadership of King Mohammed VI, other influential countries have followed the American example by giving firm support to the solution proposed by Morocco.

Spain, Germany, Romania, the Netherlands, the Philippines, Serbia and Hungary, to mention only the latter, have declared their support for the Moroccan project as the only serious and credible solution. They join the majority of Arab and African countries that have always actively supported the project of autonomy under Moroccan sovereignty.

The Biden administration did not fail in this tradition by reaffirming, through the voices of top officials from various branches of government, that Morocco’s proposed autonomy bid is “serious, credible and realistic.” The United States considers the autonomy plan presented by Morocco to be serious, credible and realistic, and as an approach to meet the aspirations of the people of the region, the US State Department noted in each of its last reactions to this file.

Morocco has joined the peaceful process
Unlike Algeria, which created the separatist group “Polisario”, which provided weapons and funding to maintain instability in the region by resisting any political consequences, Morocco continues its involvement in the political process, in accordance with United Nations resolutions. The latest resolution, 2602, calls for a “realistic, practical, durable and compromise-based” political solution to the territorial dispute over the Moroccan Sahara. By renewing matching aid to the Moroccan Sahara, the US Congress also sanctifies the precedent of the autonomy program.

A statement accompanying the U.S. budget bill, signed by President Joe Biden this year, renewed U.S. matching aid to Morocco after it was passed by Congress, the legislative branch of the House of Representatives and the Senate. The statement linking to this legislation clearly reaffirms Washington’s position in favor of a process carried out under the United Nations in favor of a compromise political solution to this territorial problem maintained by the sub-Saharan Algerian regime.

In Washington, support is clear for a credible, serious and realistic solution to this artificial conflict, forcing Morocco to comply with the parameters of the Security Council resolutions that pioneered the autonomy initiative.

Spain is clear
In March 2022, the Spanish Prime Minister wrote in a letter to King Mohammed VI that Madrid supports the Moroccan autonomy plan for the Sahara and wants to build a new relationship with Morocco. In his letter, he promised that Spain would act with “total transparency” and that “Spain will keep its word.”

Indeed, this is the first time Madrid has approached Rabat on these terms and supports a plan for autonomy for Morocco’s southern regions and Moroccan sovereignty over the Sahara. For its part, Algeria, a protege of the Polisario that never recognized participation in the conflict, recalled its ambassador following the Spanish decision.

See also  Under Russian patronage, Netanyahu agreed to a prisoner transfer with Assad

The GCC reiterates its position
The Supreme Council of the Gulf Cooperation Council (GCC) reiterated its consistent positions and decisions in support of Morocco in the Sahara and to safeguard Morocco’s security and stability and its territorial integrity. This was reaffirmed in the final declaration approving the work of the 42nd session of the GCC Supreme Council held in Riyadh on Tuesday under the chairmanship of the Kingdom of Saudi Arabia.

The closing statement, read by GCC Secretary-General Nayef Ben Falah Al-Hajraf, was based on the UN resolution on the Moroccan Sahara adopted on 29 October. The Security Council welcomed Resolution No. 2602. On the other hand, the Supreme Council of the GCC emphasized the importance of the privileged strategic partnership between the Gulf Cooperation Council and the Kingdom of Morocco and the implementation of the Common Action Plan.

NMDPS promotes self-reliance programme
In accordance with the Constitution of July 2011, the implementation of the New Development Model for the Southern Provinces (NMDPS) will promote the success of the autonomy plan for the provinces concerned, stating that the plan has been formulated. Respect and promotion of human rights as a cornerstone.

The Kingdom has decided to make progress in political and democratic reforms, particularly in the protection of human rights and fundamental freedoms, particularly through the establishment of regional commissions of the National Council for Human Rights. .