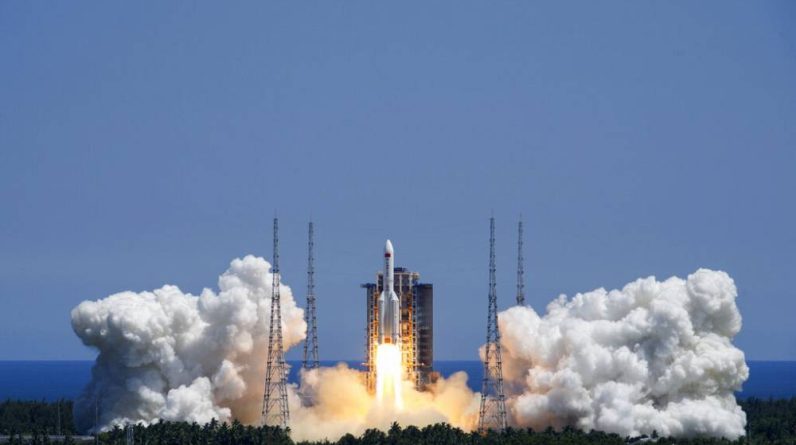 Part of the Chinese rocket is expected to fall to Earth overnight from Saturday to Sunday. The problem is that it is currently impossible to know exactly when and where space debris will fall.

The piece of metal, which forms a 33-meter-long cylinder, is part of the Chinese Long March 5B rocket that was launched into space on July 24.

According to the aerospace corporation, the rocket debris should make an “uncontrolled entry” into the atmosphere this Saturday at 8:05 p.m., with a margin of error of 5 hours.

The US firm has been refining its forecasts for hours.

France was not threatened

In most cases, this type of debris decomposes on contact with the atmosphere. But this piece of more than 20 tons will hit our planet.

According to estimates by the Aerospace Corporation, residents of mainland France are not at risk of receiving debris.

Beijing is investing billions of dollars in space

China has been forced to build its own station due to its exclusion from the ISS, as the US has banned NASA from working with Beijing.

The Asian giant has been investing billions of euros in its space program for decades.

China sent its first astronaut into space in 2003. Since then, it has made some remarkable achievements, especially in recent years.

In early 2019, it placed a rover on the far side of the Moon, a world first. In 2020, it brought back samples from the moon and finalized its satellite navigation system, Beidou, to rival the US GPS.