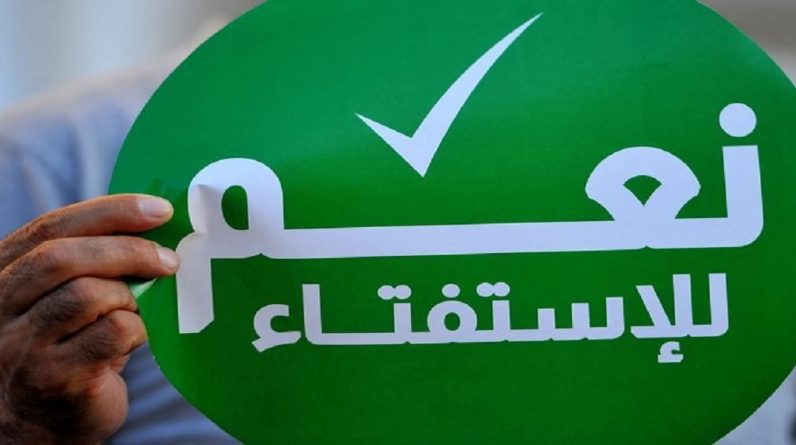 The July 25 referendum on the new constitution did not yield any major surprises. Eventually the expected happened. Yes, a huge success. A majority of voters who went to vote, i.e. 94.6%, voted “Yes” to the proposal presented to them.

This score was seen by many observers as an endorsement of the president, who enjoys a high popularity rating among a large portion of the Tunisian population.

It also confirms that the political class, particularly the Islamist movement Ennahda, has allowed its disastrous management of the country’s affairs for more than ten years.

69.95% voters did not participate in this consultation which is considered crucial for the future of the country. Voter turnout was 30.5% of registered voters representing 2.46 million voters.

According to observers, the success of the “yes” vote was a logical consequence of the widespread boycott observed by a heterogeneous opposition, but it had a strong influence on the vote.

The turnout was low, the lowest since 2011, and, in the view of some observers, undermined the democratic legitimacy of the consultation, in which some 7 million voters did not want to participate.

As the polls closed and before the official results were announced, supporters of the president, klaxons and Tunisian flags celebrated the victory of “Yes” on Avenue Bourguiba on Monday evening.

Visibly relieved by the “yes” victory, he said, “We have moved from the shores of despair and disappointment to the shores of hope and work.”

He did not refrain from turning his bikes against those who had committed “crimes against the people” who had the “right to hold their oppressors accountable”.

The new constitution, which won a landslide victory, is supposed to end the political crisis caused by the mixed political system that has paralyzed political life for decades and plunged the country into deep crisis. It establishes a presidential system that gives broad powers to the head of state.

For the majority who voted “yes,” the move was an expression of turning to the revolution and giving the president a chance to win.

A plan to inspire widespread “confidence” among critical popular fringes regarding the improvement of their socio-economic condition.

On the other hand, some express fears about the future of the democratic experience in Tunisia. The new constitution gives substantial powers to the President, thereby reducing the role and weight of Parliament.

In addition, the Assembly of People’s Representatives (ARP, Chamber of Deputies) must now account for the new Chamber of Regions.

Executive power rests entirely with the president, who of course appoints the head of government, but he also appoints and dismisses him without going through parliament.

When the preliminary results were announced, reactions from all over rocketed. For Neji Jallul, the leader of the “National Alliance” party, the 94.6% “yes” vote did not reflect true faith in the draft constitution.

Néji Jalloul believes that the people voted in favor of Kaïs Saïed mainly to counter the Ennahda movement, one of the head of state’s main opponents.

“After the referendum the rift among Tunisians widened and the people became divided,” he concludes.

Attaiyar’s (current) General Secretary Kaji Souwachi underlined that “the people in their majority said no, they ignored the process, the constitution didn’t care about them”.

On the other hand, the National Salvation Front (uniting five parties, including Ennahda), described the results of the referendum as a “failure” and the entire process as a “drama”.

With the adoption of the new constitution, a new phase will begin, the overhaul of the Electoral Code, which will be the fundamental element for organizing the legislative elections scheduled for December 17, 2022.