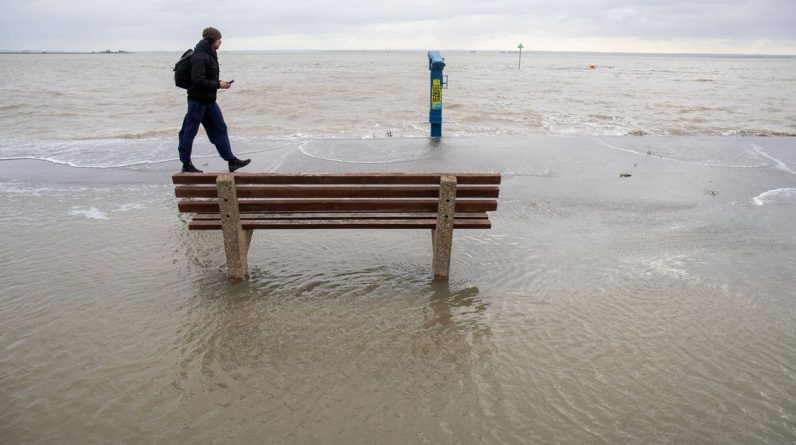 UK coastlines are increasingly vulnerable to rapidly increasing sea level rise as a result of climate change. According to the UK Met Office, this level has risen by around 16.5cm since the 1900s.

Based on observations of climate and weather events to 2021, the report, published on Thursday, highlights the current, already very tangible effects of climate change in the UK in particular.

Climate change is “not just a problem of the future,” the authors warn. The last few decades have already been warmer, wetter and sunnier than the 20th century.

On the coastal side, the rate of sea-level rise across the country has doubled in a century: it increased by 1.5 millimeters per year at the beginning of the century, and today this increase varies between 3 and 5.2 mm. Since the 1900s, sea levels have risen a total of 16.5 cm.

The question, in particular, is the melting of the glaciers of Greenland and Antarctica. Still, the phenomenon threatens coastal areas, the National Oceanic Center warns. Because as sea levels rise, storms will cause more damage.

A million people are affected

Due to its insular nature, the United Kingdom is particularly vulnerable to erosion of its coastlines. A recent report by the British Environment Agency estimates that one in six people there are at risk of flooding. In total, one million people will be directly affected by rising waters by the end of this century.