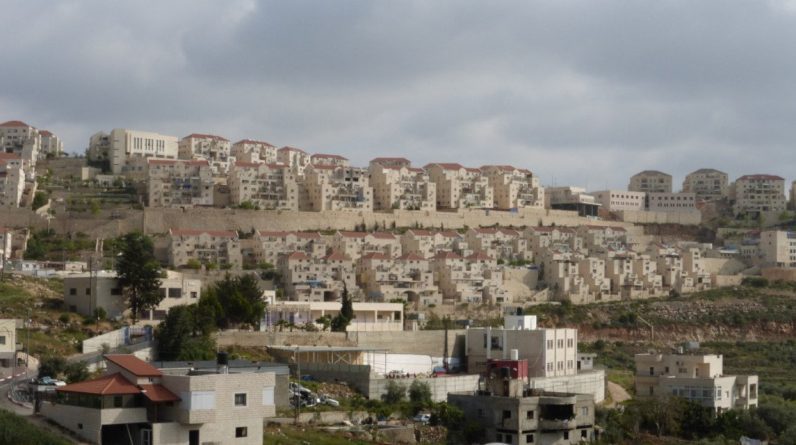 Israeli media have revealed that Israeli authorities have approved a settlement plan aimed at severing the geographical connection between Palestinian neighborhoods in the occupied city of Al-Quds. An organization affiliated with the occupied al-Quds municipality presented a controversial plan to establish a new Jewish quarter last Monday, according to an article in the “Times of Israel”. The New Settlement Scheme is unfavorable to the two-state solution.

He pointed out that a construction plan for 14,000 houses in the so-called ‘Lower Canal’ northwest of Bethlehem has been drawn up by the Al-Quds Planning and Construction Group and extends to both sides of the Green Line. . This district connects the Jewish colonies of Al Quds “Kivad Hamados” and “Har Homa”. The same source explains that “the new enclave of Jewish settlements cuts off the geographic connection between the Beit Safafa and Sur Bahar areas, and prevents broader Palestinian connections between Al Quds and Bethlehem.” The Bank and Al-Quds are essential to a two-state solution and the creation of a future Palestinian state.

Another Jewish neighborhood project is being developed

According to the Times of Israel website, “The Israeli government considers the areas of Jerusalem on both sides of the Green Line to be part of its unified capital.” West Jerusalem Mayor Moshe Leon insisted that “the ‘Lower Canal’ project is necessary to expand the proposed settlements in Jerusalem.” The Times of Israel website states that “affected parties will have 60 days to file objections to the ‘Lower Channel’ project, which will be considered by a subcommittee, and if it approves the plan, it will return to the Jerusalem Committee for final work. Approval”.

At a meeting on Monday, the Jerusalem Planning and Building Committee postponed for two weeks the development of another new Jewish neighborhood in East Jerusalem, called “Kivad Shaked”, to ensure that it will not have a negative impact on the environment. A source from the Israeli municipality of Jerusalem said, “The project will be approved after the review is completed, and the settlement area, comprising 470 to 750 homes, will be located on the northwestern edge of Beit Safafa, on the green. Line”.

Since 1967, not a single Palestinian neighborhood has been built

Recall that in 1995 the Israeli government – led by Yitzhak Rabin, expropriated the Palestinian land on which the “Kivad Shaked” would be built, which caused an international crisis, followed by “the project was blocked by Rabin, but no. It was put forward until December 2021, the planning committee approved the neighborhood in the previous planning phase. provided

Peace Now, an Israeli organization that closely follows Israeli settlement plans, has confirmed that “Kivad Shaked” will be located on the last plot of land on which the neighborhood of Beit Safafa could be built. Kilo to the south, an area designated for a plantation or another disputed Jewish settlement to the west, and Kivat Hamatos to the east. With the occupation’s push for Jewish settlement projects, “Palestinians find it difficult to obtain building permits in East Jerusalem, which has led to the construction of large numbers of homes without permits.”

Peace Now’s Hajid Afran said, “Since 1967 not a single new neighborhood has been granted to Palestinians (in East Jerusalem), while 12 settlement neighborhoods have been established for Jews, and since 1967, the government has taken the initiative to establish and plan them. East Jerusalem has 75,000 homes for Jewish Israelis and only 600 for Palestinians.” There are