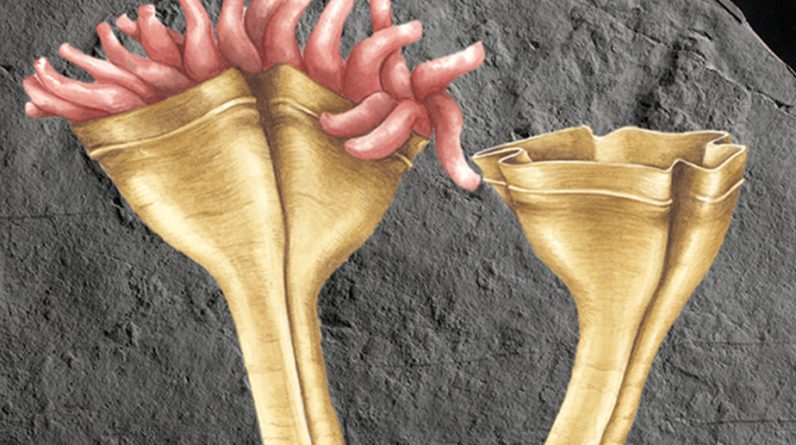 (London) A fossil of a 560-million-year-old creature, the first known predator, is named after naturalist and British scientist David Attenborough.

The specimen, named Auroralumina attenboroughii, is the oldest living creature with a skeleton, researchers said Monday. They said it belongs to a group that includes corals, jellyfish and anemones.

“It is generally thought that modern animal groups such as jellyfish appeared around 540 million years ago during the Cambrian explosion,” said British Geological Survey paleontologist Bill Wilby. But this predator is twenty million years old. »

He said it is “incredibly exciting” to know that this fossil is one of those fossils that may hold the key to “when complex life began on Earth”.

Mr Attenborough once discovered the fossil in Charnwood Forest near Leicester in central England when he was searching for fossils. The 96-year-old said he was “really happy” with the tribute.

Frankie Dunn, from Oxford University’s Natural History Museum, explained that the specimen was very different from other fossils found in Charnwood Forest and around the world.

Like other fossils from the Cambrian period, Dunn said, “it clearly has a skeleton, and like corals and sea anemones, tentacles that drag through the water to catch passing food”.

The Cambrian explosion occurred between 541 and 530 million years ago. It was a colossal evolutionary drive that saw the emergence of the greatest diversity of animals. Many organisms developed hard elements such as calcium carbonate shells during this time.