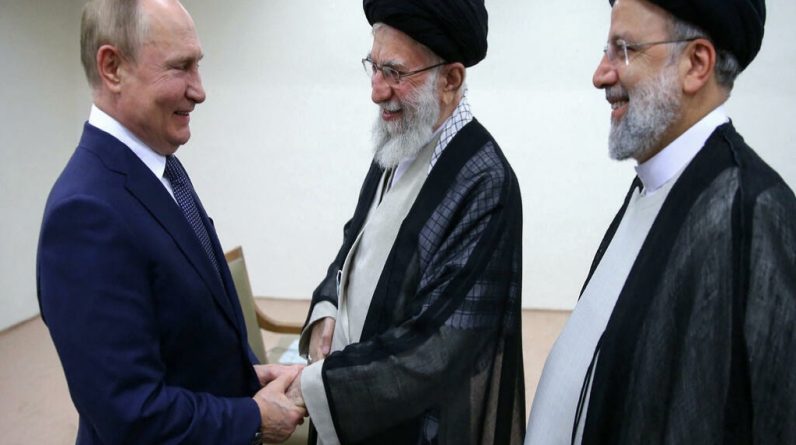 “These pictures coming to us directly from Tehran when President Vladimir Putin arrived on the presidential plane are pictures that Israel does not like. This is not a good regional development, especially when you look at what is happening on the northern border”. Commented the host of the Israeli TV channel Channel 12.

According to the television’s foreign affairs columnist, the summit is a sort of challenge to US President Joe Biden’s visit to Israel and Saudi Arabia. “Putin wants to tell the West he has allies”, Appreciated Channel 12.

to Channel 13, “Everyone in the Biden administration is concerned about the close alliance between Iran and Russia.”

During his visit, V. Putin met with Iran’s Supreme Leader, Ayatollah Ali Khamenei, who said NATO would have attacked Russia if he had not made his move in Ukraine. He also congratulated “Russian President’s Latest Stances Against Zionists”.

The Kremlin master earlier met with Iranian President Ibrahim Raisi and concluded strategic and economic cooperation agreements. About 40 billion dollars will be invested to improve Iran’s capabilities in gas energy.