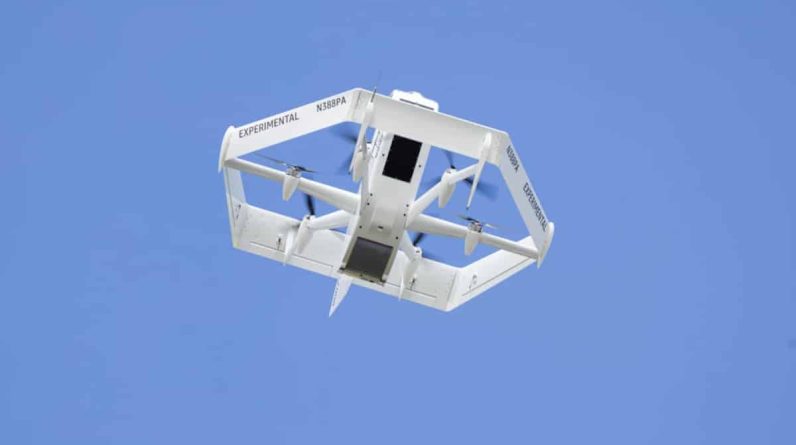 Amazon has announced the expansion of its drone delivery service, Prime Air. By the end of this year, the US company will be able to deliver products with a drone network in College Station, Texas. It is the second city to benefit from the service, after Lockford in California. We are still a long way from a national network in the US. Also in Europe.

Prime Air, you know? This is a popular drone delivery service created by Amazon. Or more precisely a test takes a long time to come out and costs a lot of money (we are talking about 2 billion dollars). Because the project is taking longer than expected. Developments began in 2013. In 2019, the design of the drone was finalized by Amazon. The company promised to start operations within a year. An unfulfilled promise.

Several accidents have delayed this deadline, most notably the drone crash in 2021. May cause severe fire. This has led the US aeronautics regulator, the FAA, to express its reservations about approving these drone fleets. In early 2022, Bloomberg published a scathing article detailing the pressure Amazon executives were putting on development teams. A few months later, Amazon made a surprise announcement that the service was opening in Lockford, California. To test lifetime service.

A month later, Amazon announced the opening of the service in a second city: College station, in Texas. Attention, the service is not yet available there, and the company notes that the first deliveries will be made by the end of this year. The goal here is to test the service with hundreds of Amazon Prime subscribers. Contrary to Amazon’s claims, this is not a commercial launch, but a test phase: the American company will work with a local university, Texas A&M University, to improve the system. Also, the college station was not chosen at random: the university establishment specializes in drones.

So Prime Air can deliver to Amazon customers in two cities. A meager end after nearly 10 years of employment at one of the world’s largest corporations. However, even if a national rollout seems a long way off, Amazon is the most advanced company in its plan: even bigger giant Google is not yet there. In 2021, the company had to interrupt its Wing program because its drones were attacked by birds.

Delivery by drone will definitely come one day in France. Thanks to La Poste’s initiative to deliver parcels to mountainous areas that are difficult to access by road, this is already the case from time to time. This is from 2019. On the other hand, La Poste has no question of replacing its delivery and postal staff in urban areas. So we definitely have to wait for Amazon Prime Air to come to the old continent. Maybe a little longer.