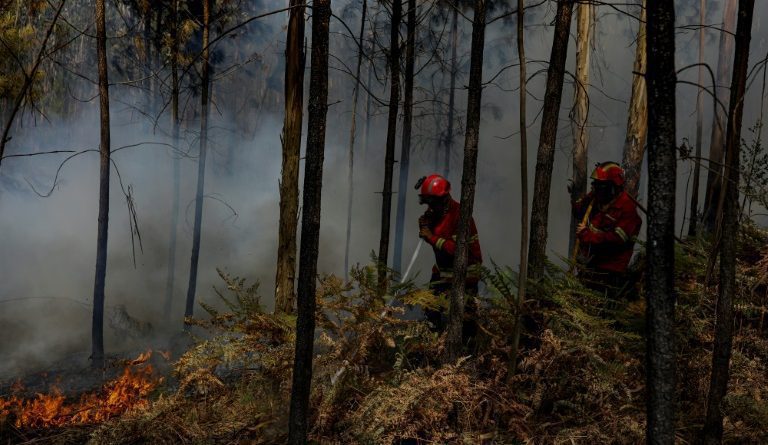 The heat wave that has gripped southwestern Europe for several days is expected to peak on Thursday in Spain, where the thermometer has already surpassed 45 degrees on Wednesday, and fires will spread in France over the weekend.

The heat wave is expected to last a week to ten days, at least through Sunday and possibly into the middle of next week.

“On Thursday, we expect this heatwave to be the hottest day of the episode,” Spanish weather forecasting agency AEMET said, expecting thermometers to rise in the Guadiana, Guadalquivir and Tagus valleys. The peninsula is crushed below 40 degrees.

According to this source, the minimum temperature in the south and center of the country will continue to rise to 24 to 26 degrees.

With the exception of the Canary Islands, almost all of Spain was placed on alert on Wednesday. Andalusia (south), Extremadura (southwest) and Galicia (northwest) are on red alert.

For Spain, the grip on temperatures should ease over the weekend, particularly in the south and west, while conditions remain difficult in the northwest until the heat wave moves northward. To France, then the United Kingdom

Temperatures will peak in France on Sunday or Monday, according to Wednesday’s forecast from Météo-France.

“France is undergoing a heat wave which will intensify between Sunday and Tuesday,” forecasters noted. “Temperature will drop gradually from west from Tuesday, Wednesday. »

“The axis of high temperatures will extend from the Pyrenees to the Pays de la Loire between Sunday and Monday, with night temperatures not falling between 20 and 25 °C and daytime temperatures that may exceed 40 °C in many places, and 42 °C inland,” they noted.

Particularly the south-west and the lower Rhône valley (south-east) should be the most affected areas.

Due to this heat, many fires are spreading in Southern Europe.

In Greece, a helicopter trying to fight a forest fire in Samos crashed in the Aegean Sea, the Greek Coast Guard learned on Wednesday.

“One person has survived and a rescue operation is underway to find the other three crew members,” a coastguard official told AFP.

In Portugal, one person was killed in the Aveiro (north) region after a fire broke out overnight from Tuesday to Wednesday, according to emergency services. According to the newspaper Correio da Manha, it will be a woman in her fifties.

The center of the country, which has been burning since Thursday, was hit hard by wildfires that reignited Tuesday afternoon, fanned by heat and strong winds.

“We live in a region of the world where climate change will systematically worsen conditions in the next few years,” Prime Minister Antonio Costa insisted on Tuesday.

Clare Nullis, a spokeswoman for the World Meteorological Organization in Geneva, warned of a critical situation of “very, very dry soil” in recent days and the impact of temperatures on the Alps’ glaciers.

In France, two fires fueled by “dry vegetation, especially undergrowth” have destroyed 2,700 hectares of pines in the Bordeaux region (southwest) since Tuesday afternoon, according to officials.

See also  According to Dr. Norman Swan, NSW got 'lucky'

“We have two complex fires”, “wind blowing on both sites”, in Landras near Bordeaux and La Teste-de-Buch, near the tourist attraction of Pilate, “which forces us to reconsider everything. The device,” fire brigade commander Mathieu Jomain told AFP. explained.

The intensity of this second heat wave to hit the country in a month could be “equivalent” to the deadly heat wave of August 2003 (with almost 19,500 deaths in France), noted Meteo-France climatologist Mathieu Sorel. It lasted two weeks.

High temperatures are expected to spread to the rest of western or central Europe.

In the United Kingdom, the Met Office (Met Office) has issued an orange warning ahead of an “extreme heat” wave with temperatures above 35 degrees from Sunday.