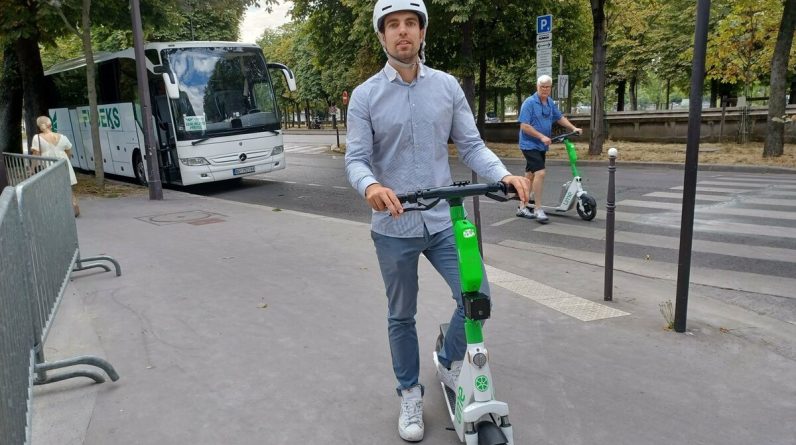 It was in Paris, the world capital of micromobility, that this Wednesday morning Lime presented two of its new features to improve the safety of users and pedestrians.

The first, “Lime Vision,” aims to prevent users from driving on sidewalks. The camera on the front of the scooter takes pictures. Using artificial intelligence, the scooter gradually tightens when it detects that the engine is approaching or rolling on a pavement. And unless you turn on the road, you can’t go more than 10 km/h. “This protects pedestrians,” the company explains. At the same time, to further encourage the user to get off the pavement, a monotone voice repeats the same sentence non-stop until the scooter stops moving: “You’re riding on the road, you’re riding on the road” . Pretty convincing, you have to admit. “For example, users who don’t know the rules – like tourists – Lime Vision will allow them to know that they are not allowed to drive on the sidewalks,” explains Lime’s director Antoine Plouy. Of course, for everyone else, it should be remembered. In the still operational phase, the functionality will be phased in on each of the 5,000 Lime scooters rolling in the capital. to be installed and then used in the United States and other countries where lime is available.

Another innovation reported by Lyme: a reactivity test to prevent intoxicated people from driving. It takes an average of 10 seconds to 30 seconds: “If you’ve had too much to drink, a little more”, we promise at Lime. This feature will be made mandatory for all journeys between 10pm and 5am by the end of the year. “And if the test is not completed, the user cannot pick up the scooter. It stays locked,” says Antoine Blue. The app will direct the user to the VTC.

Since the beginning of the year, the utility has seen a significant increase in the use of its vehicles. + 130% since the beginning of January. A usage record was broken at the last music festival with 44,000 users making 74,000 trips in a single day. “Paris is dense and historically developed more for pedestrian travel. Soft methods are more suitable for this,” explains Antoine Blau, director of Lyme. “And it must be recognized that regulations are moving quickly and have been able to adapt to the development of micro-mobility.”