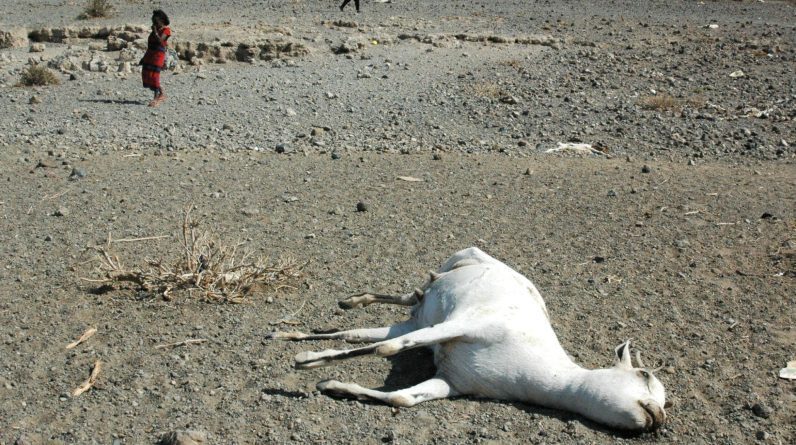 The United Nations Office for the Coordination of Humanitarian Affairs (UNOCHA) has warned that the drought in the Horn of Africa has killed nearly seven million livestock.

If the current situation is already undermining the food security of the people in these three countries, the UN body underlines, “the situation could worsen” throughout the Horn of Africa.

The coordination office relied on forecasts, predicting that the expected rainy season between next October and December “may be erratic” and lead to an “unprecedented disaster situation”.

In the Horn of Africa, drought threatens 20 million people who are at risk of going without food. Rainfall is almost rare in Ethiopia, Somalia and northern Kenya, while Yunocha warned that “the rainy season will start in April”, estimating that it will be very difficult for the residents of these areas who live mainly from agriculture and livestock. .