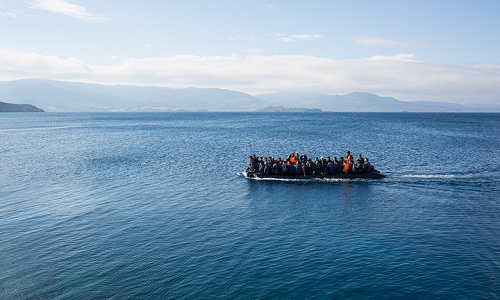 Forty-one candidates for illegal immigration were arrested by the country’s gendarmerie in Djifer, a fishing village located in the town of Palmerin (Fatik, western Senegal), a security source said on Sunday.

“These 41 migrants are of different nationalities, 21 Senegalese, 15 Bissau-Guineans and 5 Guineans”Capt. Nte Fali Pa, commander of Fatik’s gendarmerie company, said during a briefing with the communication service of the National Gendarmerie.

Captain Bâ explained that these migrants were arrested following a patrol carried out on Djifer beach by agents of the Phimela brigade on the night of July 5 to 6, 2022.

“During this patrol, our agents observed a group of young candidates for illegal immigration”The Senegal Press Agency (APS) added the same source as cited.

At the sight of the gendarmes, who underlined the same evidence, they left their luggage.

“Our agents still managed to get their hands on six migrants from a group of youths.”The source said, thanks to the continuation of investigations, Ten absconding candidates were arrested, and two days later 25 others were arrested..

And to clarify that investigations are underway to arrest the rest of the band.

See also  Away from many, the Indian man carries out the cremation of the dead virus